Paula Robles Nettel embarks on a 9m journey along the Akerselva River, Oslo, Norway. Along the way she dips cloth in the historic waters. 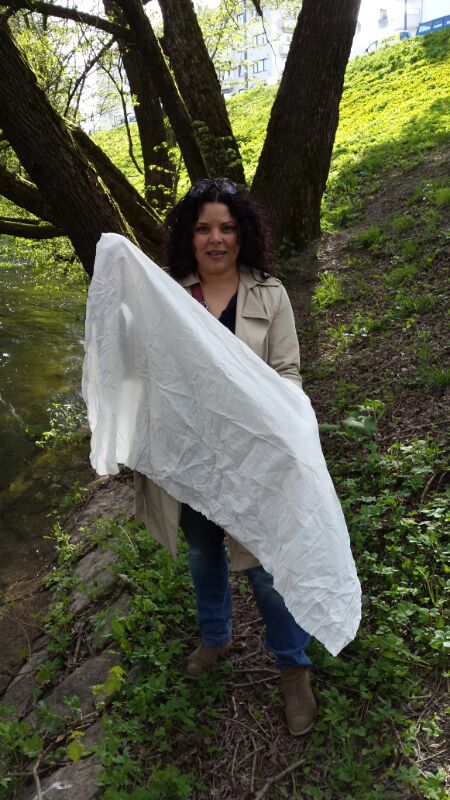 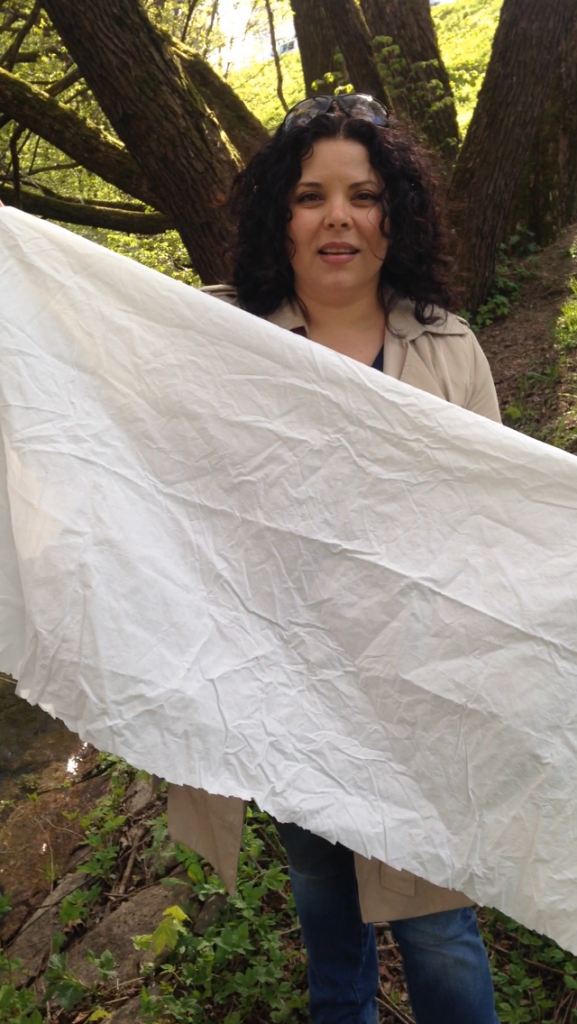 The Akerselva River starts at Maridalsvannet – Oslo’s largest lake — and flows through Oslo, suppling the city with drinking water. Oslo, Norway is also known as Christiania or Kristiania because the Norwegian capital changed name to it’s original name “Oslo” in 1925. Norwegian style homes and farm in the hills that replenish the water, 1890-1910 The river has twenty waterfalls that gush down in altitude the miles to propel growth. In the mid-19th century the Akerselva was the hub of Norway’s industrial history and powering close to one-hundred businesses. Saw mills, textile factories and mechanical workshops were built along the banks. Old factory on the Akerselva River by Frits Thaulow, 1901 Today, the Akerselva is a recreational area called the “green lung” due to the many parks and trees. Many of the old factory buildings along the river are now cafés, galleries, and offices. The river still has dozens of bridges crossing the water. Oslo is the home of artist Edvard Munch and where he painted “The Scream” in the summer of 1882. An agonized figure howling against a blood red sky causes us to question if he anticipates crossing a bridge or just returned from the other side. It is easy to imagine that Munch was influenced by the waterway, its promise of progress, and the romance and mystery of nature.

A report on water conditions today.