Heather Hartwood and her husband, living and working in Germany, visit the Rhine. 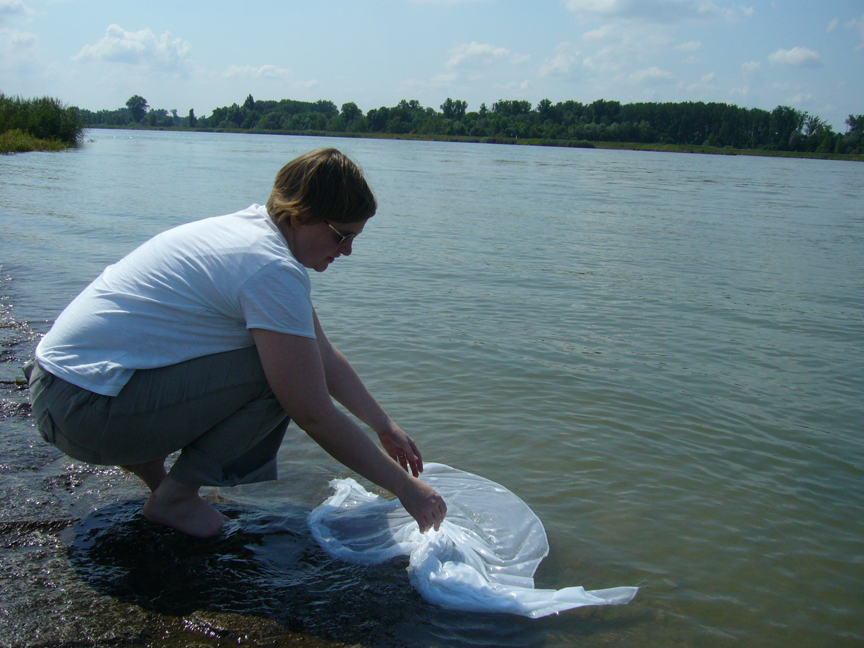 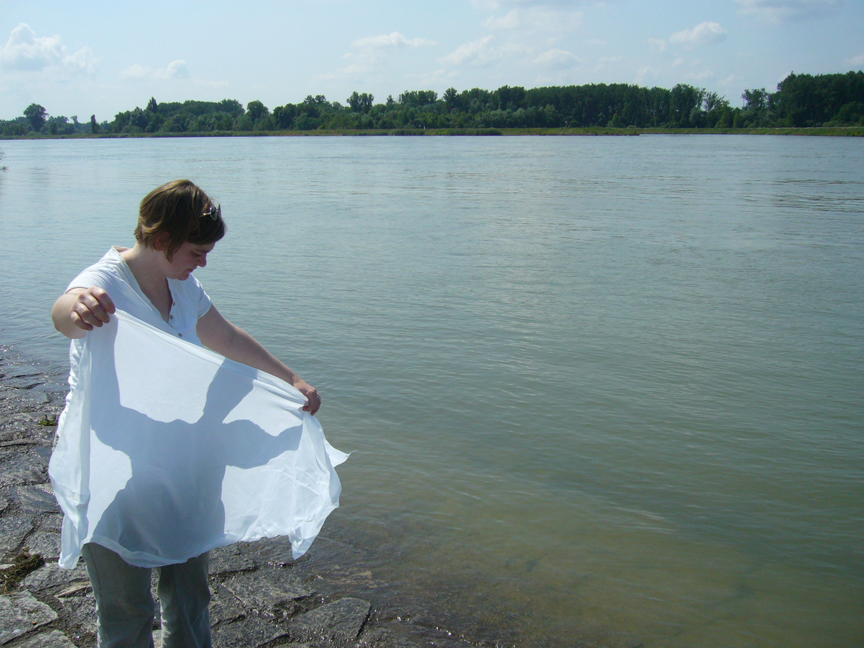 I liked making a physical connection to my river…I think we often forget how important our waters are for us. We turn on a facet to retrive the water we use and our travels are by car and train and plane and rarely by water anymore…but participating in this project made be remember how important the Rhine is to Germany. The Rhine was a major trade and travel route in centuries past. As you travel up the Autobahn that runs parallel to our bit of the Rhine on one side and the Black Forest hills on the other, you notice a lot – A LOT – of ruined castles on the hills that look down on the river. This means that this was a major source of power for those controlling the traffic on the river for a long time. Not just for trade and travel, but the Rhine has been the center of political disputes as well. For centuries France and Germany has bickered over the true border between their lands…the Germans claimed the French Vosges mountains should be the border between the countries and France claimed the Rhine is the natural dividing line. As a result the French Alsace region just on the other side of the Rhine has gone back and forth between being German and French resulting in a unique joining of culture. The Rhine is mighty, powerful, beautiful and immensly influential in the history of this part of the world. It’s amazing to think how water not only gives us life but also forms our lives and cultures and histories!