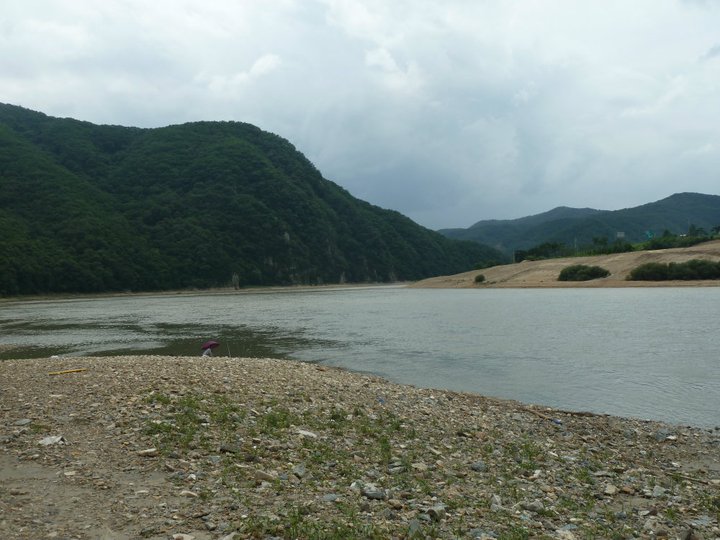 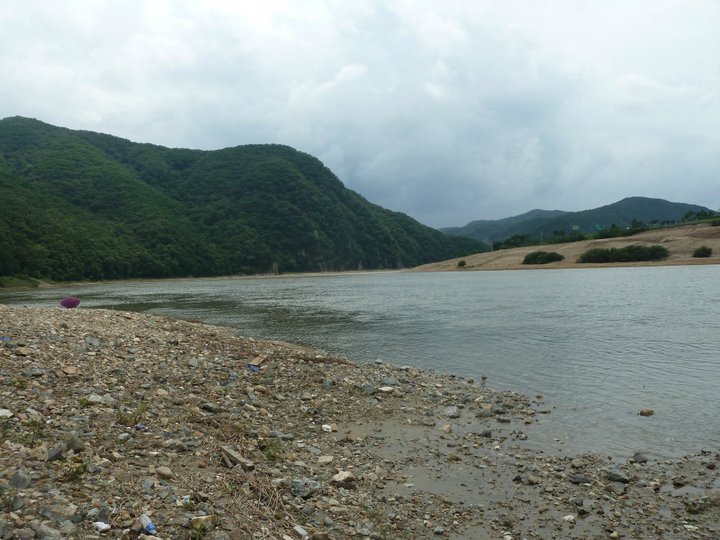 “The waters of Korea (in general) is that there have been mass efforts made to reclaim the waterways of Seoul. This article details the extensive work that’s gone into the restoration of just one of their waterways – the Cheongye Stream. This stream & the Keum River are tangentially connected because during the reopening of this waterway in 2005 (which had been buried for half a century), part of the opening ceremony involved the pouring of water from all the rivers in the country (including water from the Keum River) into the new waterway.
I actually took some photos of that stream  and the markets surrounding it. The Cheongye represents one of the largest water reclamation projects I learned about in Seoul. Dwight’s mother actually pointed many smaller waterways out to me as we walked through old neighborhoods she used to frequent, explaining to me how many of the small streams I was admiring used to all be open sewers.   The waters of Korea really are an astonishing representation of how much the country has developed since end of the Korean war. Their urban development, public transportation system and economic development far out pace what we have in the U.S. today.   Seoul is an incredible city. If you ever get a chance to visit – you should go.” — Czerina Salud 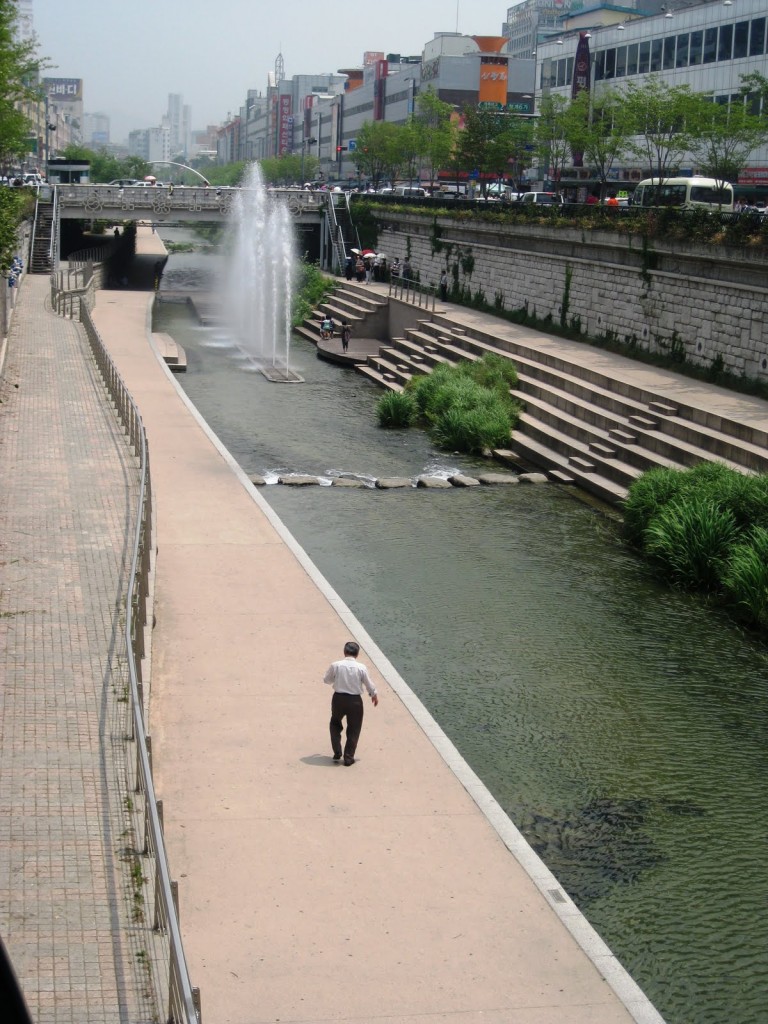 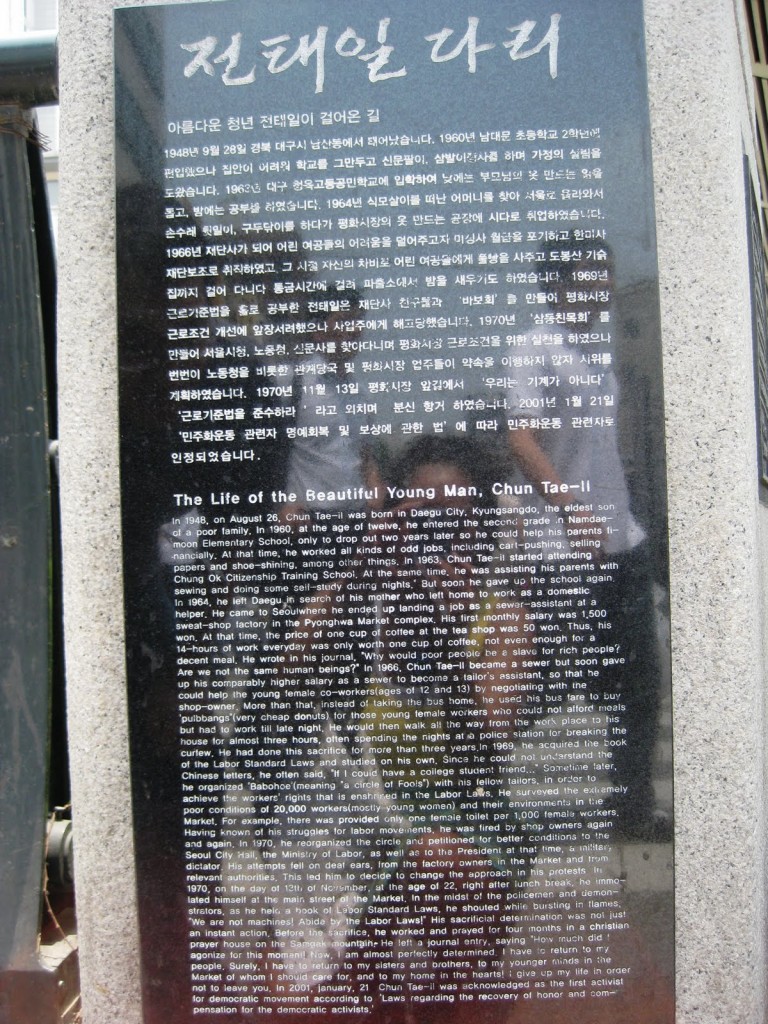