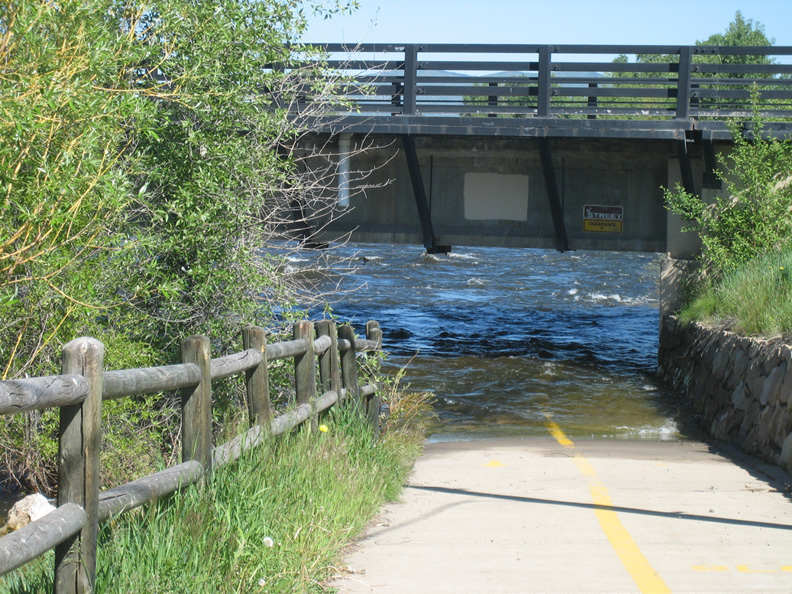 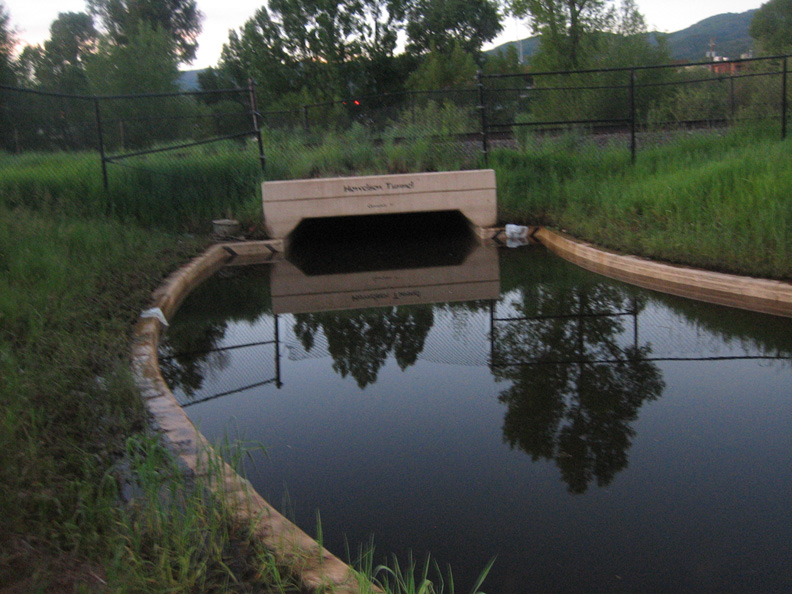 The Yampa River flows out of the very high Flat Tops near Steamboat Springs, Colorado and is one of the main tribuaries to the Green River near the border in Utah. This summer the river flowed so fast and so high due to the tremendous snow melt. On June 21, 2011 my family drove towards Steamboat via Rabbit Ears Pass and there converged spring bicycle riders and cross country skiers. The snow cover at the pass was complete across the meadows and I mused that I should have brought my snowshoes instead of my hiking boots. Below, in the valley, in Steamboat the snow melt plummeted through Fish Creek Falls and Soda Creek and Elk River–all feeding in the Yampa River which was pounding and overflowing all over the city. Rocks we had picnicked on last summer at Fish Creek Falls (see picture) were now submerged under feet of white water (see picture), and spray from the falls dropped the air temperature by at least 20 degrees when you got down to the raucous stream.
The Yampa overflowed in many places and the sound of it pounding was relentless and loud. In town the pedestrian tunnel going under the railroad tracks and along the river was flooded to its ceiling (see picture)so people trudged across the tracks and over the crushed chain-linked fence.
Tubing and rafting were prohibited and/or restricted because of its speed, and force. Sometimes there was no room to pass under the bridges in a water vessel. We watched in awe and would not dare take my dog off his leash for fear he would join the numerous dogs swept away to their deaths with the force of the rapids. My shirt that we took to the Yampa to soak got jammed into some rocks with a fury, thus the smudges from a river I suspect was very clean from newly melted snow that fell months ago during winter. – Jena and Athena