In 2006 Gennady Troshkov, a painter/sculptor in Moscow, suggested the idea of using a continuous string of pillowcases to act like floating balloons in the Moscow River. Without the aid of an inner lining, he wondered whether they would retain a 3-D shape or sink. Alexandra (Sasha) Semenova, a recent art school graduate, decided to give it a try. On a typically overcast day, Mel Theobald located an ideal cite on the Moscow River directly across from the Kremlin. In this place they were able to descend the embankment and begin their new addition to the World Rivers Project. The broad expanse of the river is trafficked by a heavy flow of sightseeing boats, barges, and other assorted ships. 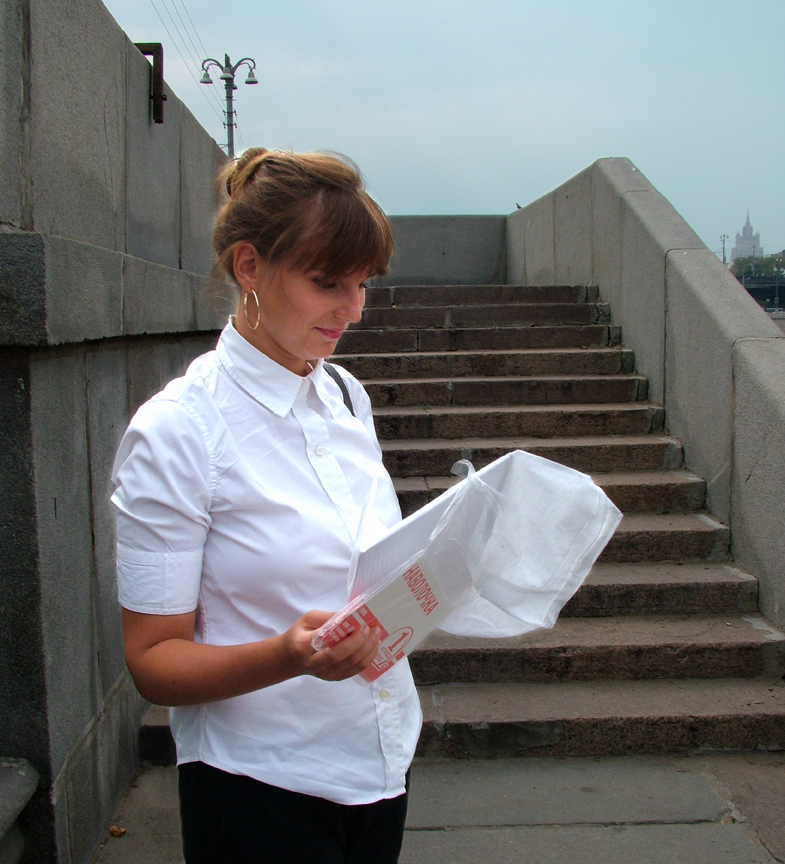 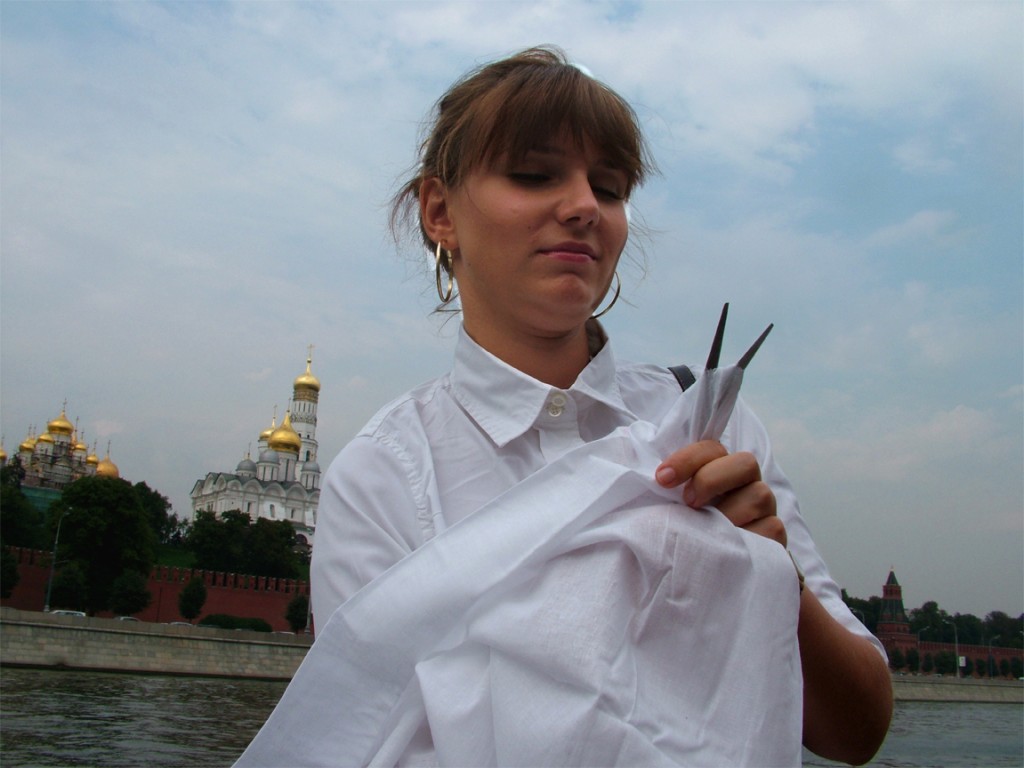 First a single pillowcase was tied to a hemp chord and thrown into the water like a fish line. Then Sasha began cutting holes at the corners of the remaining cases and stringing them together. Almost kite-like, this string of fabric was flung into the water. After several tries in which the cases simply absorbed the water and began slowly submerging, Mel held open their slit sides forming a pocket of air which allowed them to float. Unfortunately, there was not enough current to carry them away from the landing. Still, there was some success in the playfulness of these dancing fabrics against the yellowing transparency of the almost black water.

As Sasha finished wringing the water from the pillowcases, a quiet wake approached our space as a result of two large ships passing in tandem. Without warning the wave slammed the embankment wall, rebounding onto Sasha and washing away the pillowcases. Four were retrieved, but one disappeared and sank into the depths of the river. Having completed our task we gathered our white treasures and walked for several kilometers in an effort to dry Sasha’s clothing while contemplating the fate of the one that got away.

In Moscow the river is a rolling series of snaking curves which dictate the irregular pattern of streets and bridges. Along its banks are stone walls which control erosion and flooding within the metropolitan areas. Except at Gorky Park the urban Moscow River is relatively inaccessible and is used as a commercial pipeline. The river is 312 miles long with 5 tributaries feeding into the Oka and Volga Rivers. In 1937 the Moscow Canal was built to connect the river to the Upper Volga, allowing for dams and commercial shipping. Within the City of Moscow the river has 49 bridges and provides drinking water.