Heidi Hough spends time in St. Joseph, Chicago, and New Zealand cultivating her knowledge and care of the nature, plants, and sprouting greens. She dipped cloth in the river with friends Suzanne Fraker and Phyllis Kopriva. 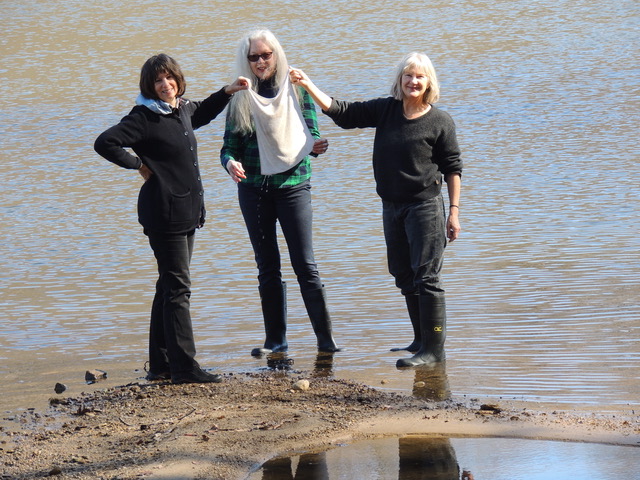 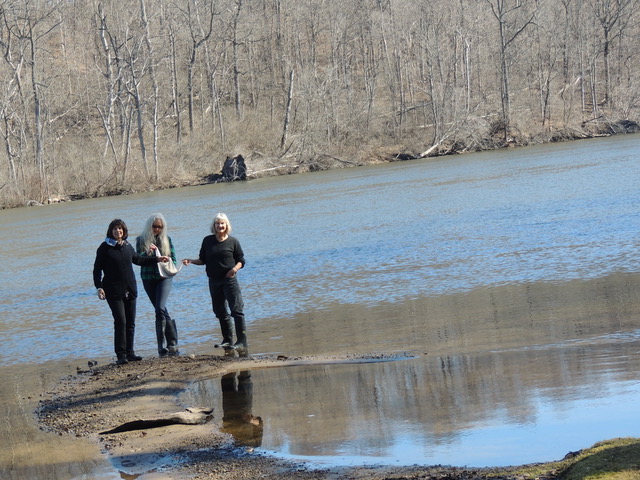 St. Joseph River was important to native peoples dating back to 10 B.C. to the prehistoric people called the Hopewell. The Hopewell were hunter-gatherers and farmers operating a vast trading network stretching across the valleys and forests of the central United States.

The Hopewell built burial mounds in the states we now call Michigan, Illinois and Ohio. A number of other Middle Woodland period cultures are known to have been involved in the Hopewell tradition. Artifacts made from the natural resources have been discovered such as carved obsidian, bowls, and pots made from Michigan’s copper.

Two notable sites are the Norton Mound in Grand Rapids, Michigan and Hopewell Mounds in Ross County, Ohio. In the late 1800s settlers slowly eroded the mounds for the soil. French explorers, missionaries and fur traders traversed the St. Joseph River Valley during the late seventeenth and eighteenth centuries interacting with the native tribes people. The French paved the way for a French settlement at Fort St. Joseph (present-day Niles) and in 1680, Fort Miami was established at the mouth of the St. Joseph River. Parts of Michigan were settled in the early 1800s with the opening of the Erie Canal in 1825. Pioneers were attracted to the unbroken plains of fertile land and waterpower possibilities. 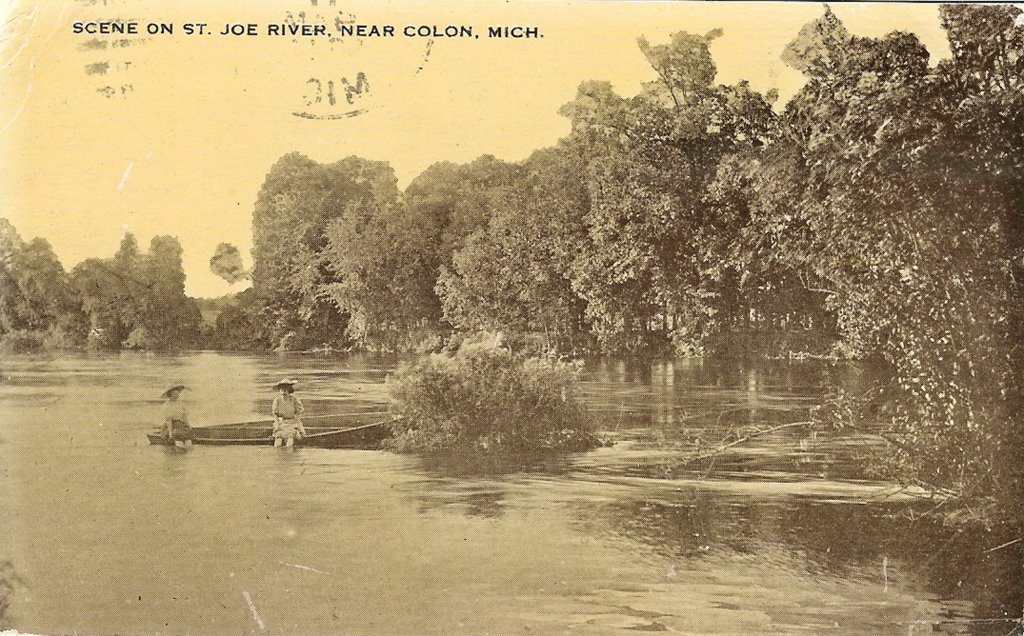 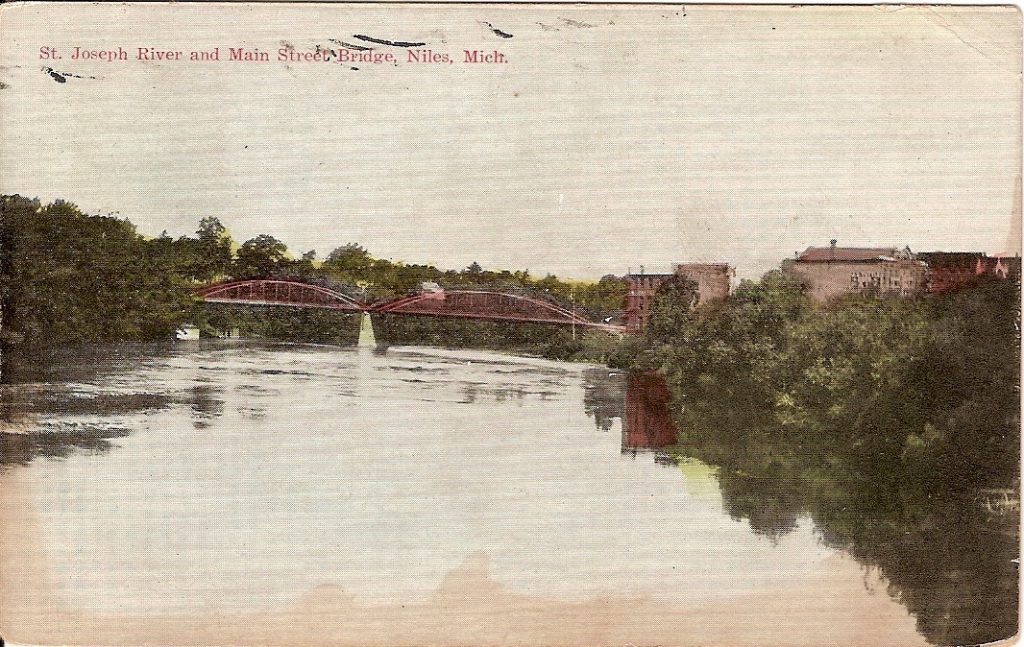 Settlers had to endure difficult conditions of weather and situations of disease to master the crop production of wheat and corn. St. Joseph was officially organized in 1829 with a population of one thousand people growing to seven thousand settlers by 1840. Today, the watershed is still largely agricultural. More than 50% of the riparian habitat is agricultural/urban, while 25-50% remains forested. 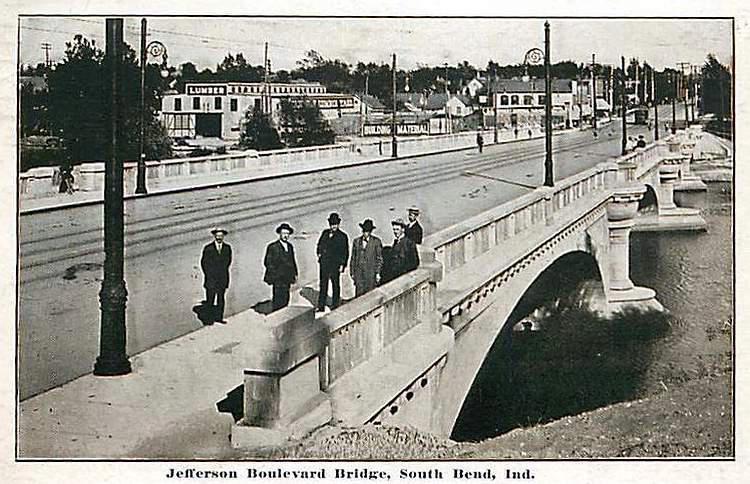 An interesting headline is a story about an iron factory built next to the river in 1832. 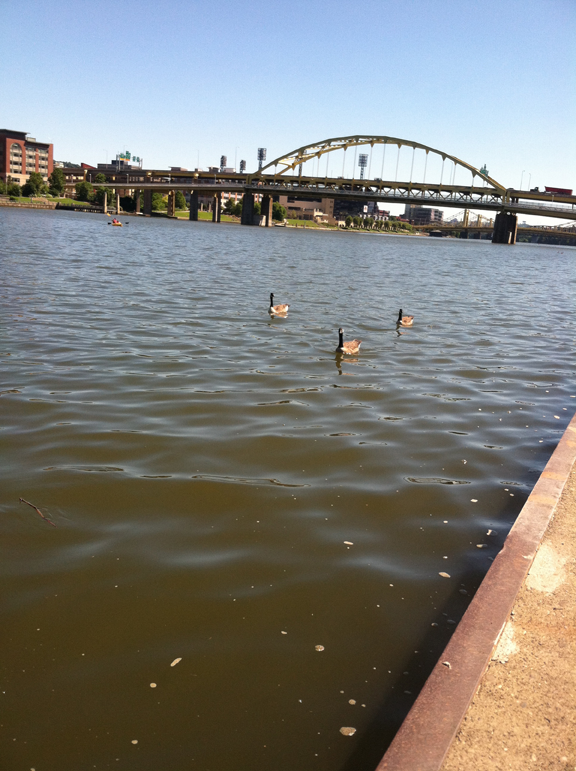 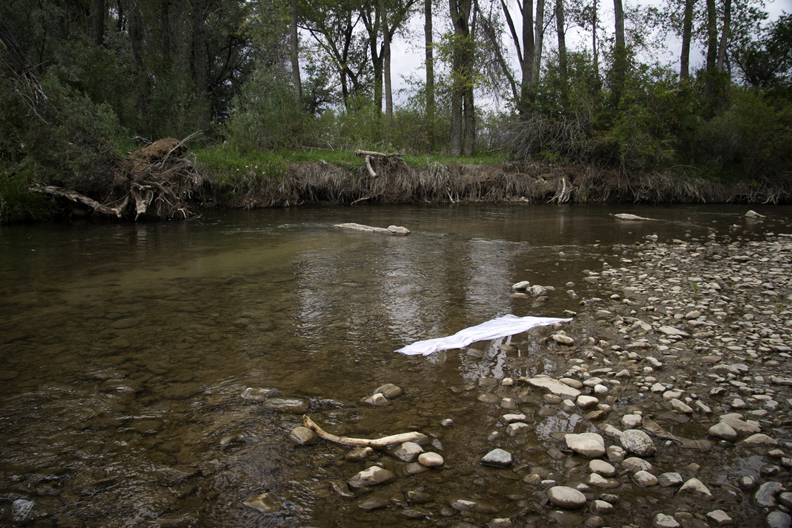 I had the pleasure of living close to this wonderful river for a time. On our frequent trips into the Pecos Wilderness we would pass over this tiny river not really grasping it’s history or magnitude. It runs parallel to and then joins the great Rio Grande. It carries vital water supplies to the parched deserts of New Mexico and West Texas. Considered one of the longer rivers in the US it played a huge part in settling what was considered the “Wild West.” Even as I dipped the cloth into the river last summer I didn’t quite get how special it was to catch it’s flow so close to the source. All of a sudden I was part of something that is 926 miles long. —  Artist, Jenna Gersbach, aka MyHungreyEye A brother and sister visit an outlet on Cape Fear River, in Wilmington, at sunset. There are few outlets that are safe or accessible without a boat. Among the levies a dock was found were the water could be reached.