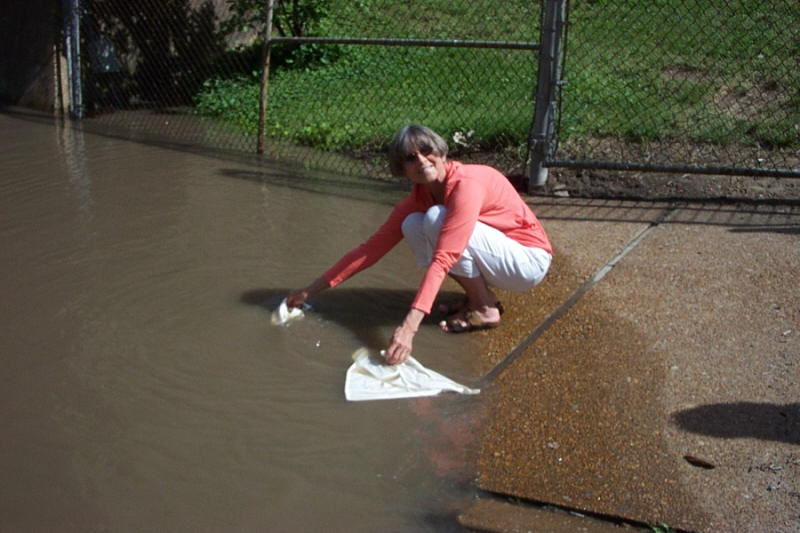 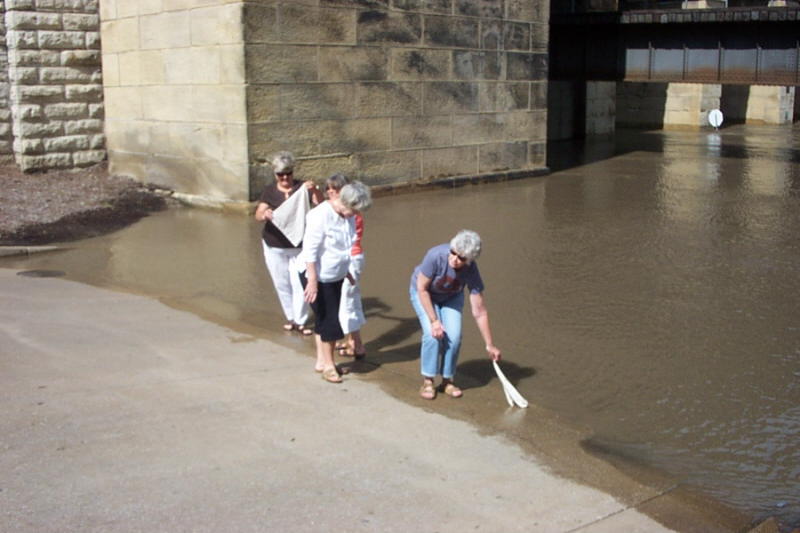 The St. Louis Bridge, a massive structure, was completed in 1874 at a cost of over $10,000,000. It consists of three spans, the center one being 520 feet long, and the other two 500 feet each. The piers upon which these spans rest are built of limestone carried down to bed rock. The main passage for the accommodation of pedestrians is 54 feet wide, and below this are two lines of rails. The merchant’s bridge, 3 miles N., was completed in 1890 at a cost of $3,000,000. The latter is used exclusively for railroad traffic.
Eads, James Buchanan (1820-1887), a celebrated American engineer. He was born at Lawrenceburg, Indiana, May 23, 1820. He died at Nassau, Bahama Islands, March 8, 1887. Perhaps no other American engineer has been connected with more notable enterprises. In young manhood he won a reputation by devising some barges for raising sunken steamers. In 1861, at the call of the Federal government, he constructed eight ironclad steamers inside of one hundred days. He also built other gunboats and mortar boats, all of use in opening up the Mississippi and its tributaries. In 1867-74 he built the famous Eads Bridge across the Mississippi at St. Louis. It is a mammoth steel arch structure of three spans, resting on stone pillars sent down to bed rock far below the bottom of a treacherous river. It cost $6,500,000. The last great work with which he was connected was the improvement of the mouth of the Mississippi. He designed the system of willow mattresses and stonework by which the water was confined to a narrow passage through which it scoured a deep channel.