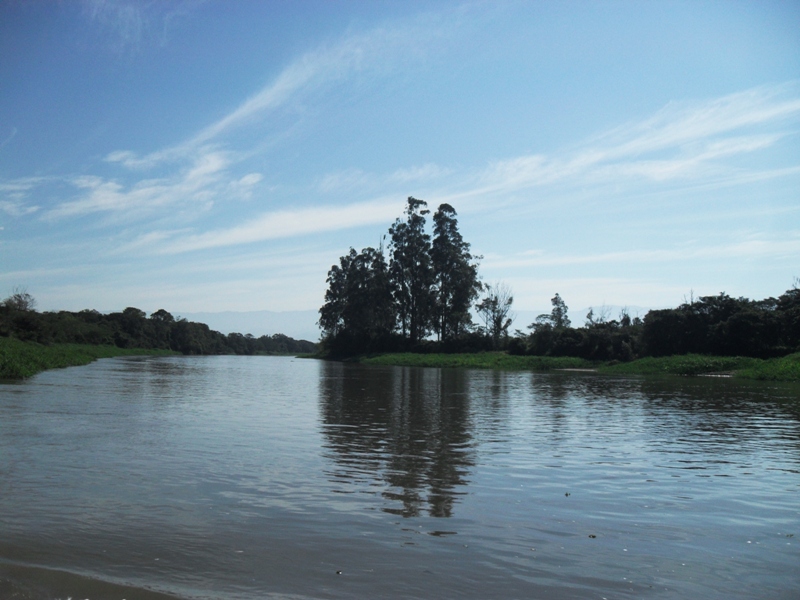 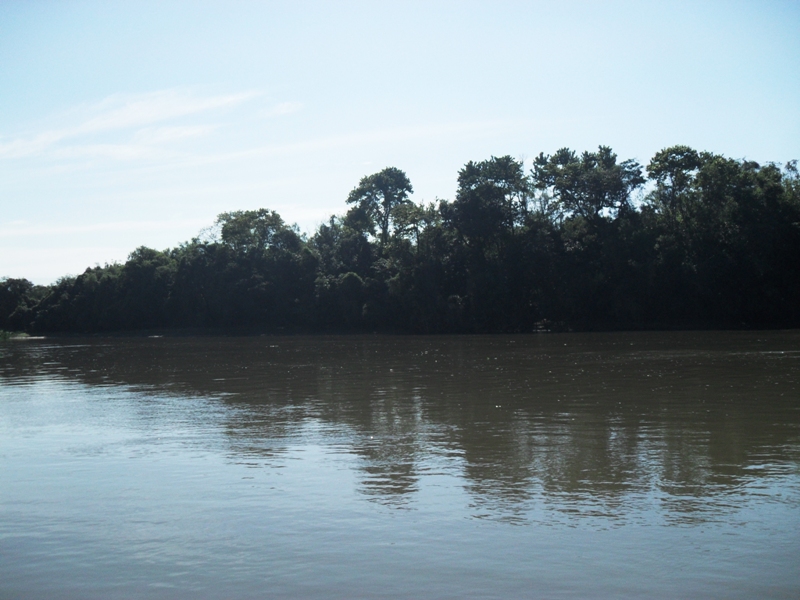 The stretch of the Rio Paraíba do Sul chosen to wet the fabric is located in the city of Aparecida – SP where was found  the image of Our Lady of Aparecida. Please read the beautiful and exciting story of faith, devotion, love, miracles here. 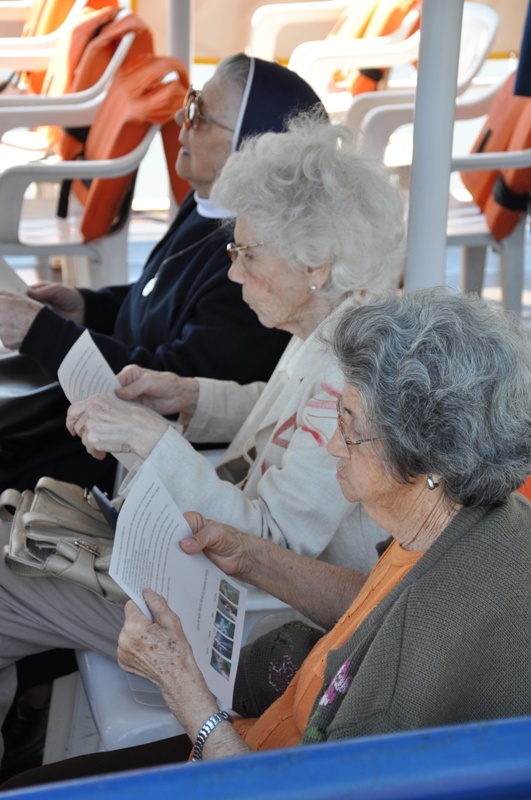 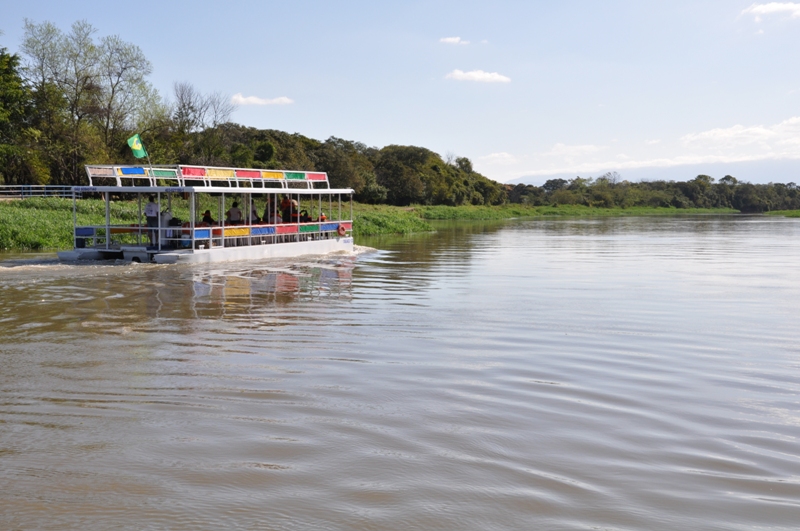 “The basin of the Paraíba do Sul River is located in southeastern Brazil. It has a total area of 55400 km &sup2;. Includes territories of the states of São Paulo (13500 km &sup2;), Rio de Janeiro (21000 km &sup2;), Minas Gerais (20900 km &sup2;), and it is characterized by having a biome formed by the Atlantic Forest. It is inserted in the hydrographic region of the southeast Atlantic.
Unfortunately, the beauty of the photos shows no the serious problems that along the times reached the river. It is an almost entirely man-made area, with the original Atlantic Forest restricted only to parks and forest reserves.

The river itself has its course marked by a succession of dams, for the provision of water and electricity for the population of the basin and also for the Metropolitan region of Rio de Janeiro. The river is now in critical ecological status, with the silted edges and 40% of its flow diverted to the Guandu River. Its waters are also used for manufacturing supply and industrial waste that effects the preservation of the fauna and flora. Several accidents affect navigation in the Paraíba do Sul: heels, rapids, stretches of steep slopes, as well as works made with no plans for hydroelectric transposition levels. Other factors impeding are the existence of a significant number of road and railway bridges, proximity to highways and railroads along the river and the location of various cities along its banks. Currently, only two stretches of the Paraiba do Sul can be browsed: the upper middle and lower.

The Paraíba do Sul River currently receives runoff from most of the municipalities through which it passes. A recent study developed by the University of Taubaté (UNITAU) revealed that the river has a high level of pollutants. The results indicated the presence of such as heavy metals (mainly aluminum and iron), insecticides and herbicides, substances harmful to the ecosystem and the loss of biological diversity in river. In humans and aquatic organisms, through the magnification trophic, may cause pathologies, genetic damage, and even in cases of cancer.
Among the pollutants, such as industrial waste, extractive, livestock and agriculture, there is the damage caused by mineral extraction of sand, which changes the course of the river, drops its riparian forests as well as causing a lower water flow (the problem of flooding), which complicates the recovery of the river throughout its course, however, studies indicate as the problem more troubling are the urban garbage and waste.  (references: wikipedia)

It was very interesting to note that despite the pollution and despite the tissue had been in water for a long time, it come back very white and bright as can be seen in the photos, even now, when the fabric is dry, it remains in a pure white. If there is something to do with the hallowed place where it was plunged, we do not know …although many of who were in the boat was been very impressed with the brightness of white fabric wet in the same location where the image of Our Lady of Aparecida was found. Institutional and religious authorities and environmental groups, attended the event which was widely reported by the photographers and press