Dominique Archambeaud dipped cloth in the I’Isle from the home called “Le Bleuil,” located in the commune of Saint Martial d’Artenset in the Dordogne region of France. The Isle is a 255-kilometres (158 miles) long tributary of the Dordogne that flows south-west in south-western France. Its source is in the north-western Massif Central. 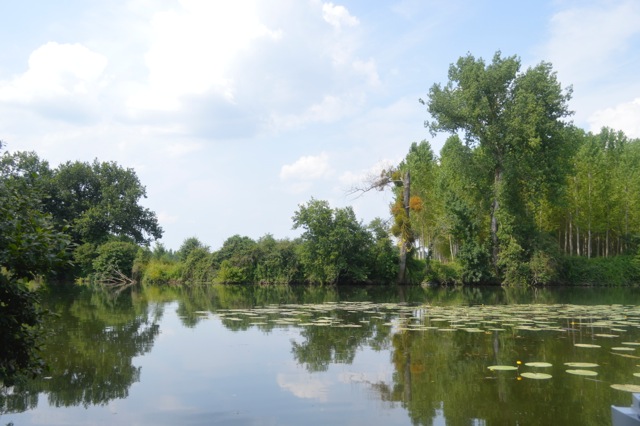 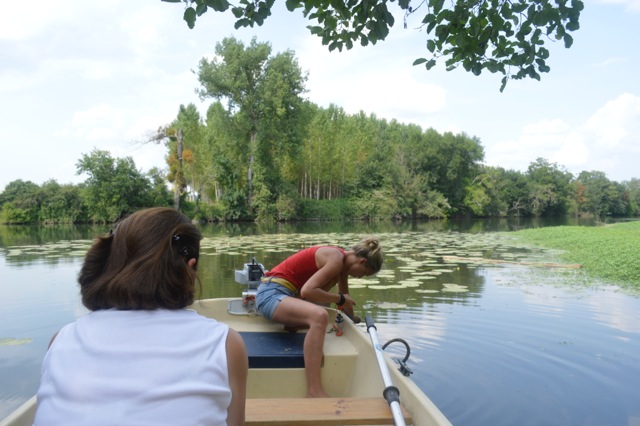 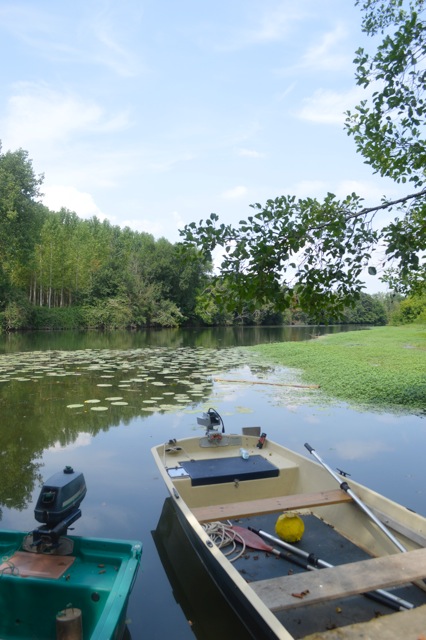 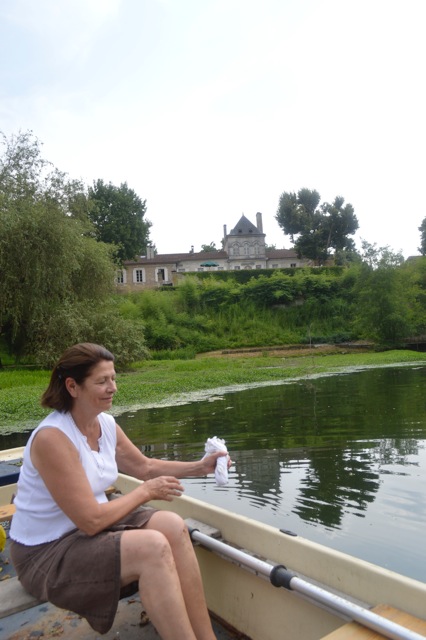 A painting of a painter painting in Dordogne, mid 1800s 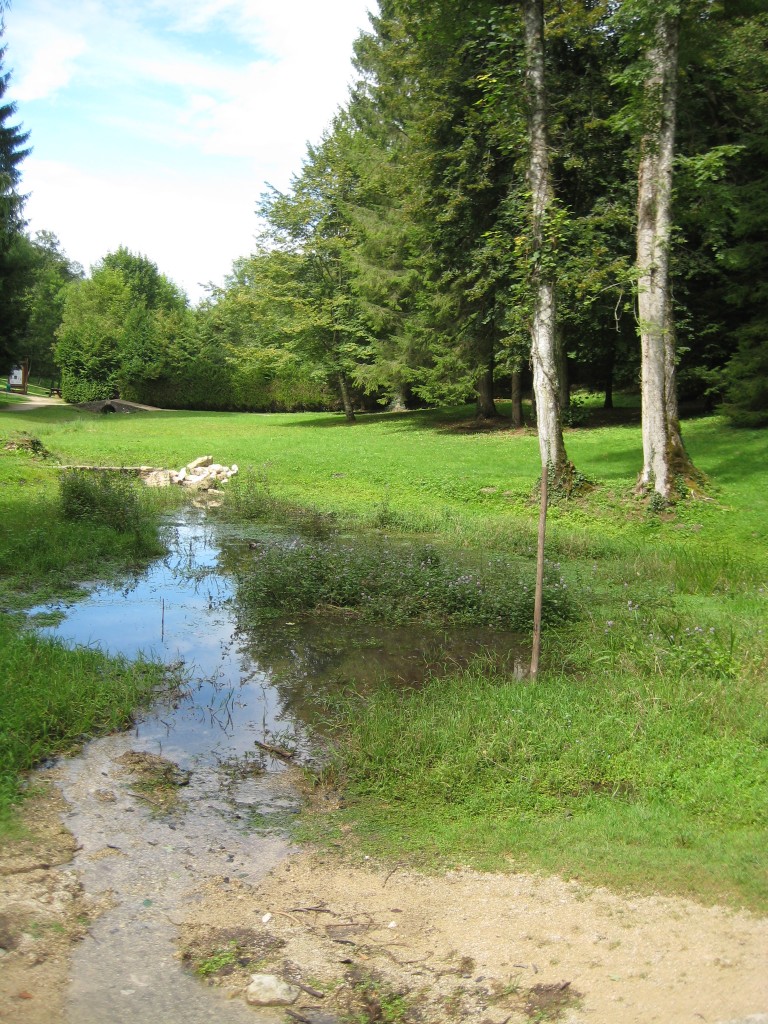 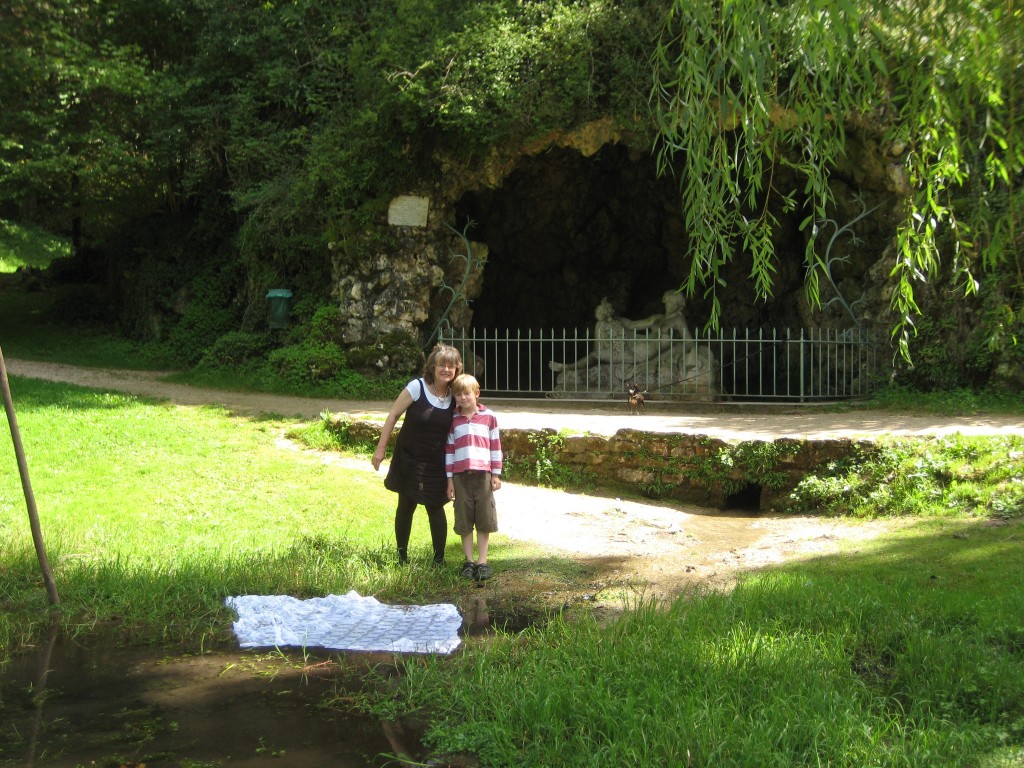 The Source of the Seine, France’s second-longest river (the Loire is the longest), which flows 776 kilometres (482 mi) into the English Channel and located in the Burgundy region of France, Cote d’Or department.
In the 17th century, rumors of healing powers in the Seine were circulating around Paris. This led to the construction of a grotto dedicated to the Seine Nymph and financed by its residents in the 19th century.
Pictured are Karen Jacobsen, Joseph Vittoz and Lorenzo (chihuahua). The Gravona is a river on the island of Corsica, France. It flows from the center of the island southwest to the Gulf of Ajaccio. Its entire course is in the Corse-du-Sud Department of France. The Gravona Valley conducts the main highway, Route N193, from the capital city, Ajaccio, to the Col de Vizzavona. At its upper end the Gravona is a crystal-clear mountain stream cascading over falls and rapids into trout-filled pools. At its lower end nearly all of the Gravona’s flow serves to water the densely urban area of Ajaccio.

We chose a patch of white cloth from the attic of Jac’s family’s home in Corsica and brought it with us to a Vision Quest where it was placed upon altar for days purified and charged energetically. Before we began the dipping ritual a prayer was said as we held the fabric between our hearts. Since we had decided we wanted this tissue to travel down the river I began by letting it go in a moving current above a small cascade. A minute or two passed before Jac collected it from a pool beneath the fall. Watching the white cloth flow in the river was a powerful reminder of waters sacred teachings. Jac says Merci to Tracy for her work and intentions backing this project. Thank you for bringing us closer to our brothers and sisters through an act of conscious grace! We are both very touched and grateful to be a part of this movement. 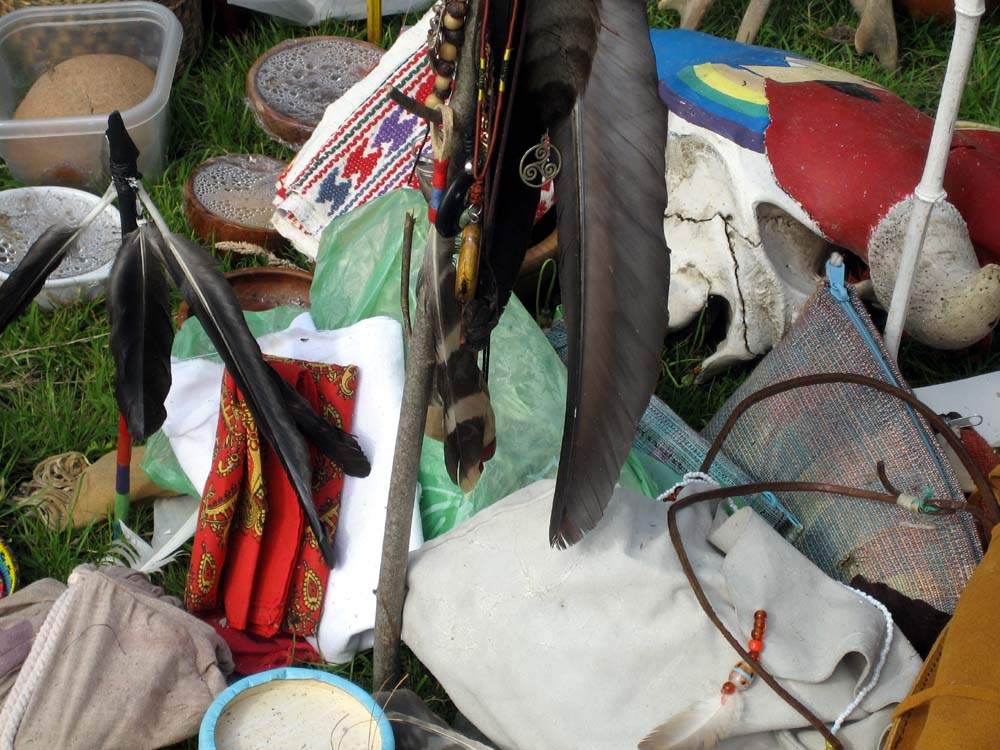 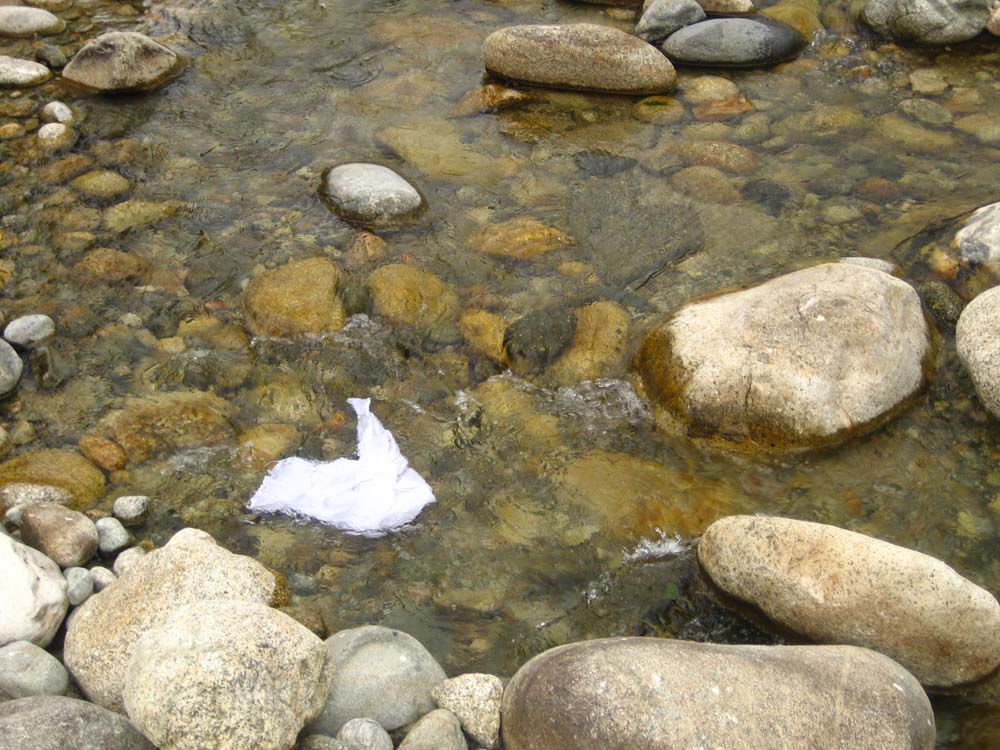 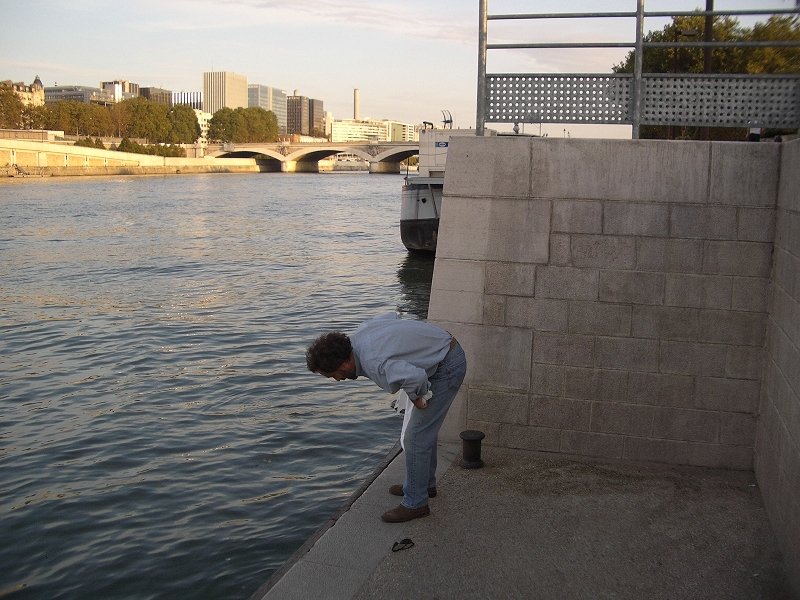 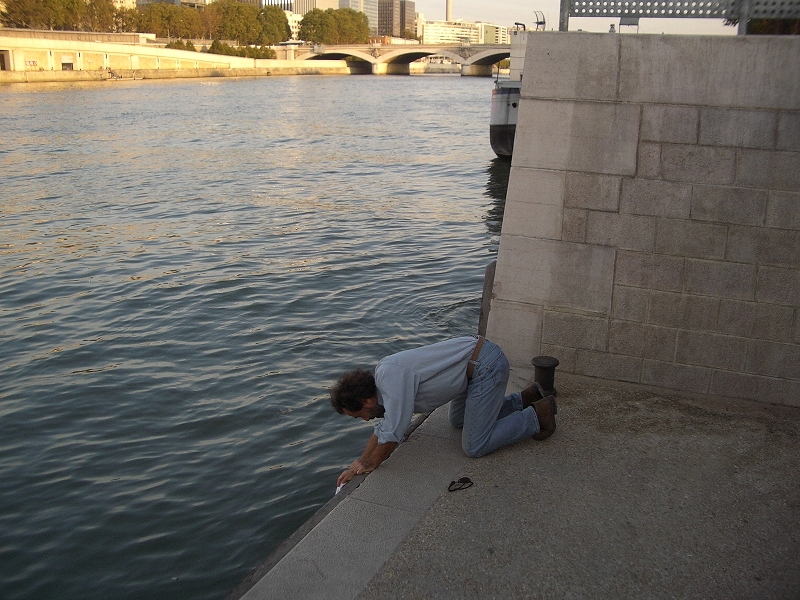 Branislav Ugrinov in the center of Paris dips a napkin into the Seine. Photography by artist Mirjana Ugrinov.