Jeremie Babinet dipped a t-shirt in The Bosphorus one evening in Istanbul. The Bosphorus is an interesting mix of water, fresh and salt (brackish), with a rich history due to the geographical location and important passage. 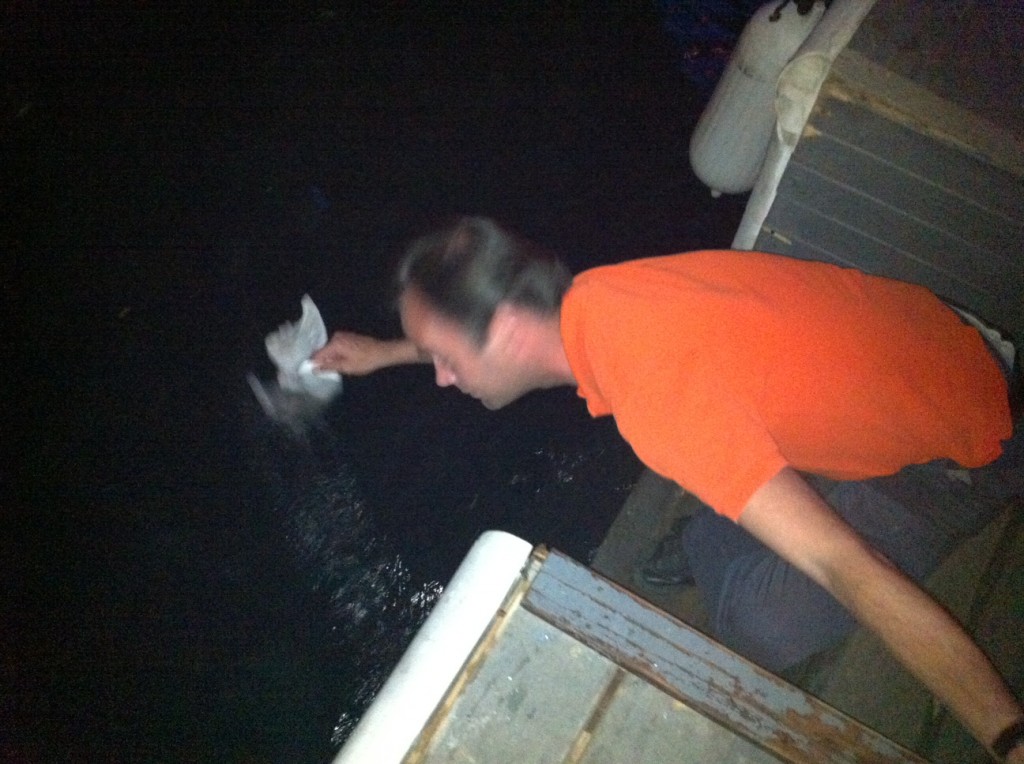 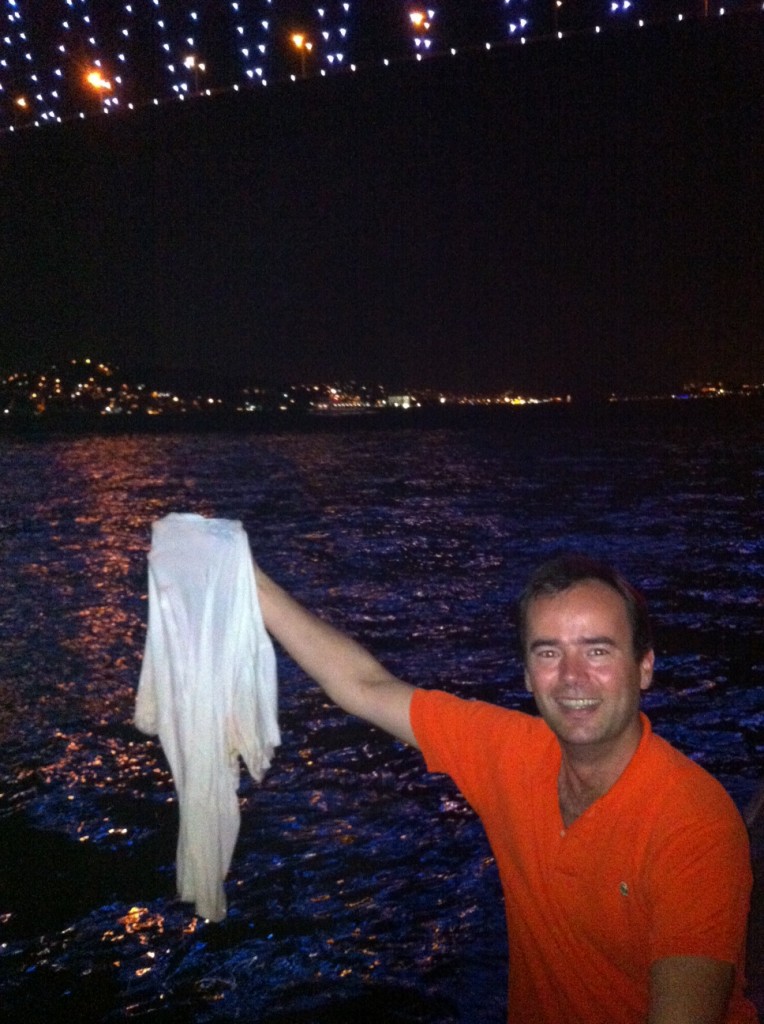 The Bosphorus, also known as the Istanbul Strait, is a strait that forms part of the boundary between Europe and Asia. The Bosphorus, the Sea of Marmara, and the Dardanelles strait to the southwest together form the Turkish Straits. The world’s narrowest strait used for international navigation, the Bosphorus connects the Black Sea with the Sea of Marmara (which is connected by the Dardanelles to the Aegean Sea, and thereby to the Mediterranean Sea.)

Although it has been known for a while that the Black Sea and the Sea of Marmara flow into each other in an example of a density flow, findings of a study by the University of Leeds in August 2010 reveal that there is in fact an underwater channel of high-density water flowing across the floor of the Bosphorus (caused by the difference in density of the two seas), which would be the sixth largest river on Earth if it were to be on land.

The exact cause for the formation of the Bosphorus remains the subject of debate among geologists. Thousands of years ago, the Black Sea became disconnected from the Aegean Sea. The Black Sea deluge theory (published in 1997 by William Ryan and Walter Pitman from Columbia University) contends that the Bosphorus was formed about 5600 BC when the rising waters of the Mediterranean/Sea of Marmara breached through to the Black Sea, which at the time (according to the theory) was a low-lying body of fresh water.