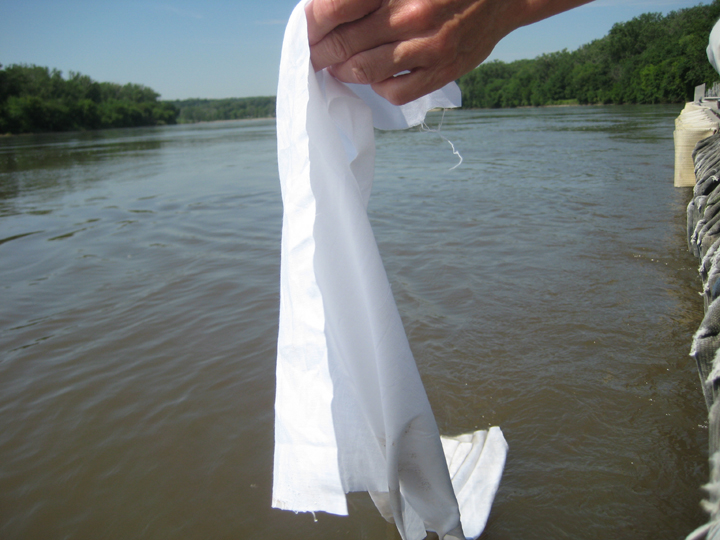 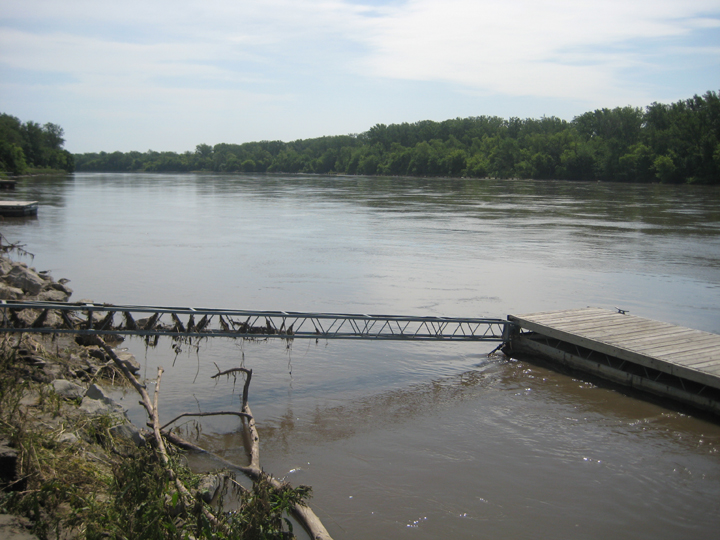 A perfect Nebraska spring day – 70 degrees, blue skies partially obscured by light cloud cover. Susan Knight and I headed down to Dodge Park on the Missouri River, north of downtown Omaha to dip a piece of 100% cotton fabric, measuring 36″ x 18″, into the “Muddy Mo”. Nebraska and Iowa had experienced some horrific weather the previous week, which included tornados, hail, torrential rain and flash flooding. I knew the river was running fast and high after a visit to the park two weeks earlier, but didn’t know the dock area had been flooded. City crews were cleaning up the deluge of dried mud which was caked on the parking lot, sidewalks and river bank. Susan and I walked down to a dock that paralleled the river, we put the fabric into the Missouri. We watched it flow as we held it in the strong current . . . a current which didn’t allow the fabric to float flat. The force of moving water scrunched it to a piece measuring a few inches in width. The fabric did pick up the characteristic muddiness of the river, but no other stains were discernible to the eye. We were both surprised that we didn’t see more floating debris, as in the way of huge branches or trees, due to flooding upstream. No sand bars were visible – no wildlife sighted. — Deborah Murphy.