Artist Monica Rezman on a visit to her husband’s family home in Gujarat, India. The fabric has little traditional reflective pieces on it.

“For the first time since I have come to Ahmedabad the river is full of water!” 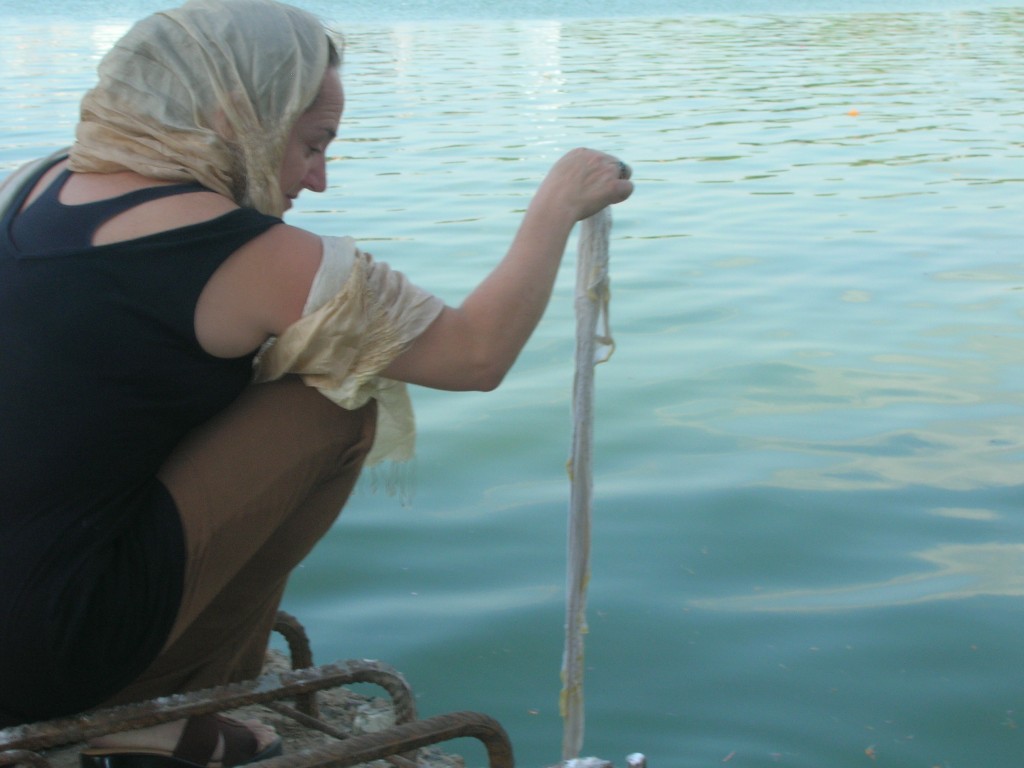 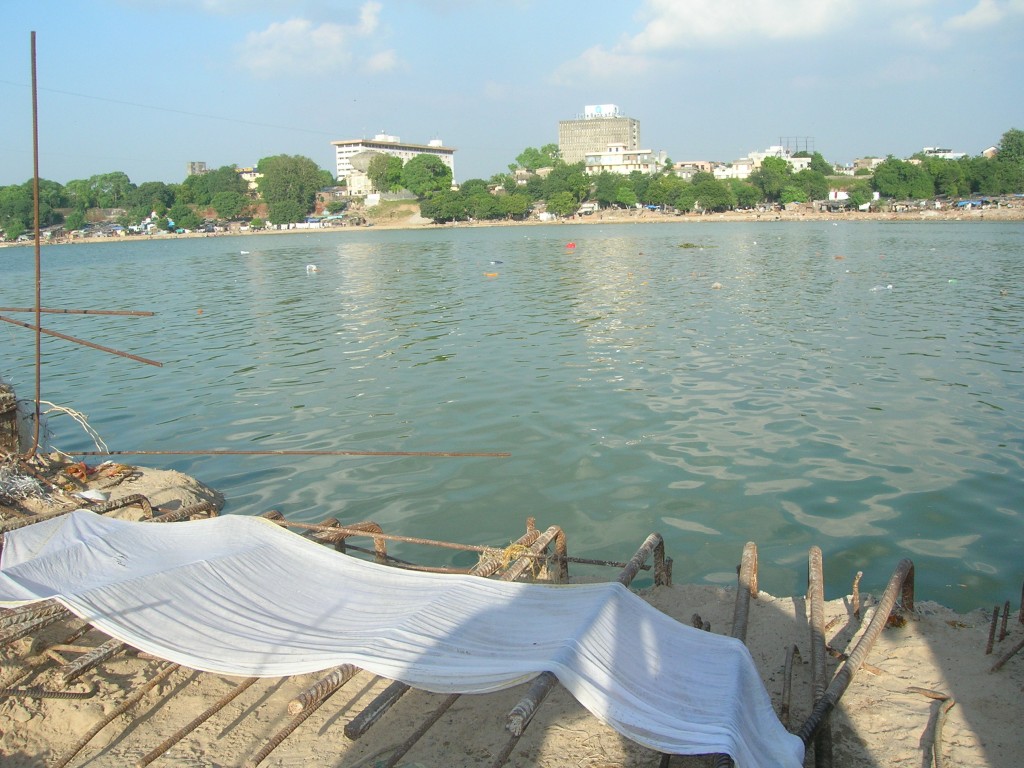 It is September 2006 and I have just returned to India. It is my 5th visit since 1999 when I first came to Ahmedabad, Gujurat as an artist in Residence at The Kanoria Center for the Arts. In the past 6 years while being in India I have had a major exhibition of my work, Fell in love, survived an earthquake, married, witnessed a communal riot, became pregnant and have formed many significant friendships. While I have had all these experiences I have driven over the bridges that connect the new city from the old city many times. In between is the Sabarmati River. For me it is passing through two different cultures. On one side, the newly built mega malls, cinder apartment blocks, demolished old homes, the area where students from around India come to study. The side we live on. The safe side. The side the Hindus live on and the occasional muslim restaurant where they offer a non-veg meal. (meat). On the other side is where the magic is for me. It is primarily muslim. It is the side where on one block there is a mosque, catholic church, jewish synagogue, hindu temple and a parsi fire temple. There is an open air market where you shop for your daily needs, buy a goat, stumble upon a tomb of a king and queen from the 5th century. The narrow streets built hundreds of years ago will suddenly open up to reveal an elephant having his daily lunch. This is why I cross the Sabarmati river and for the first time since I have come to Ahmedabad the river is full of water!