The World Rivers project caught my eye more than a year ago, flashes of white fabric and flowing rivers, people touching rivers with adventure and discovery. — Sandi Lee @WakingDreamArt, website 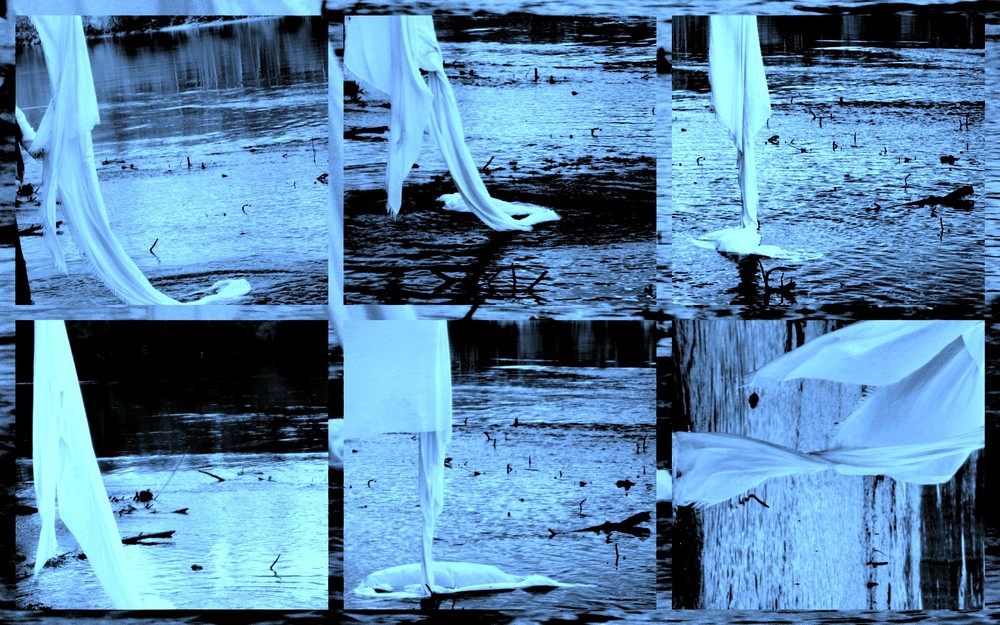 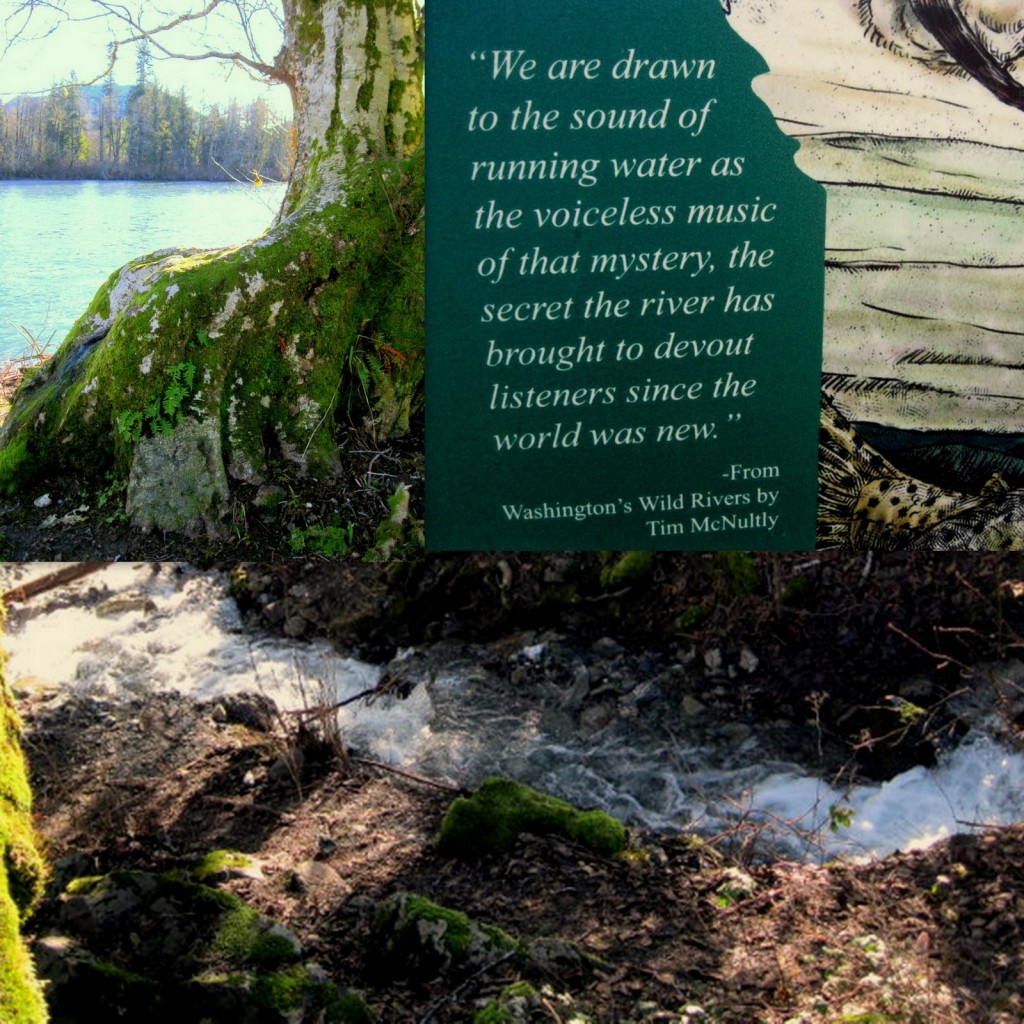 I knew I wanted to do that dance with the Skagit, a magnificent river, designated by Congress as one of the “Wild and Scenic River Systems”. Starting in Canada, the Skagit River is fed by hundreds of glaciers, flows dramatically from the rugged Cascade Mountains, past ancient forests, cascading past two volcanoes, three dams, dividing into a north and south fork, and wearing different looks as it meanders past towns, tulip farms, and other agriculture in the Skagit delta. Finally, after spreading across sloughs, tideflats and estuaries, the two parts of the river empty into a bay leading to the Salish Sea.(map) 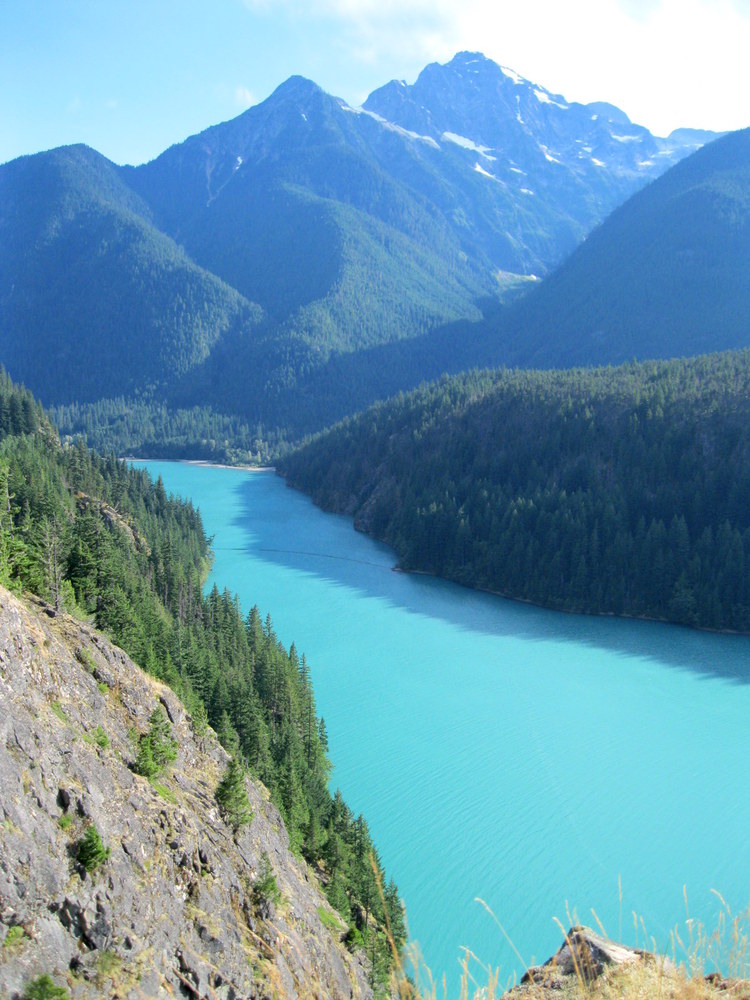 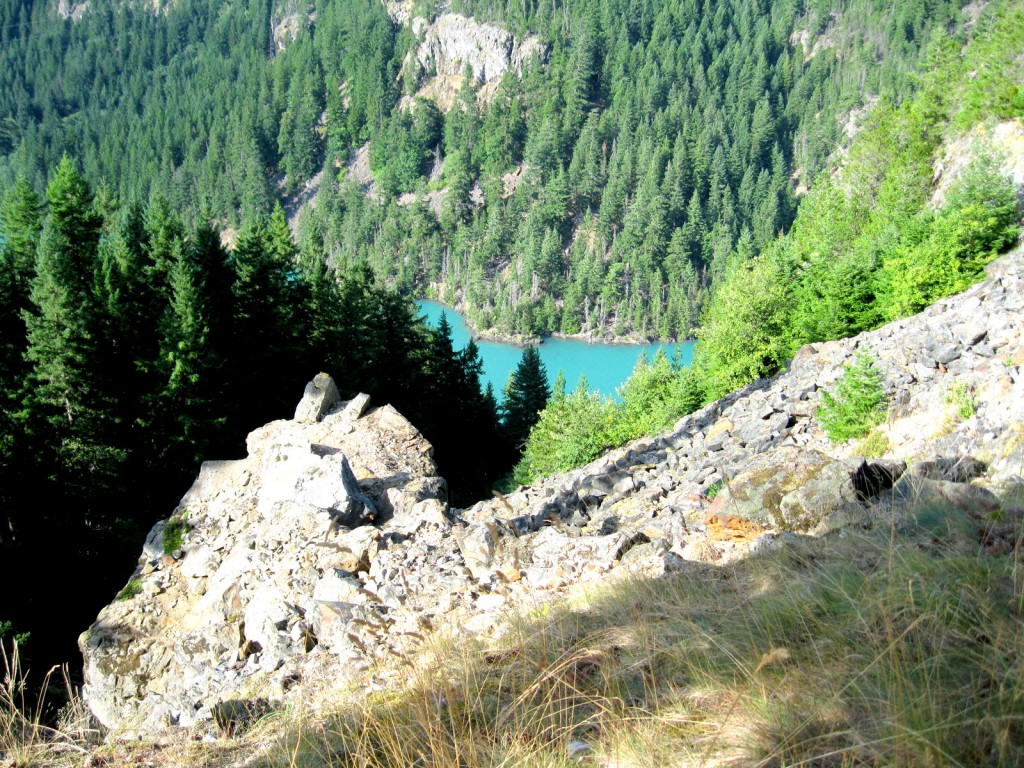 The Skagit, third largest river in the West (The Columbia and Snake are the first two), is part of a rich ecosystem. There is significance in the river home for 5 varieties of native salmon and a variety of intriguing bird life that includes the largest wintering bald eagle population in the continental U.S., and thousands of migrating snow geese and trumpeter swans.

I marvel at the variety of gorgeous river colors of the Skagit. (influenced by location, mineral deposits, lighting, flow, seasons…)

The river flows past an 11,000 year history of Coast Salish tribes like the Swinomish and Skagit, and I imagine the river listening intently to the Lushootseed language then and now.

I loved finding out more about how the Skagit River has been home and inspiration for artists of all types. From Jack Kerouac writing about the Skagit in *Dharma Bums*, to Tom Robbins’ residency in the Skagit river town of LaConnor, to the artist community of poets and painters in the once-upon-a-time, “Fishtown“, the river becomes a partner in creations. I ‘ve thoroughly enjoyed making Skagit River sojourns over the years, from river rafting trips, eagle watching, hikes, to hanging out by the river in the little towns it travels through. 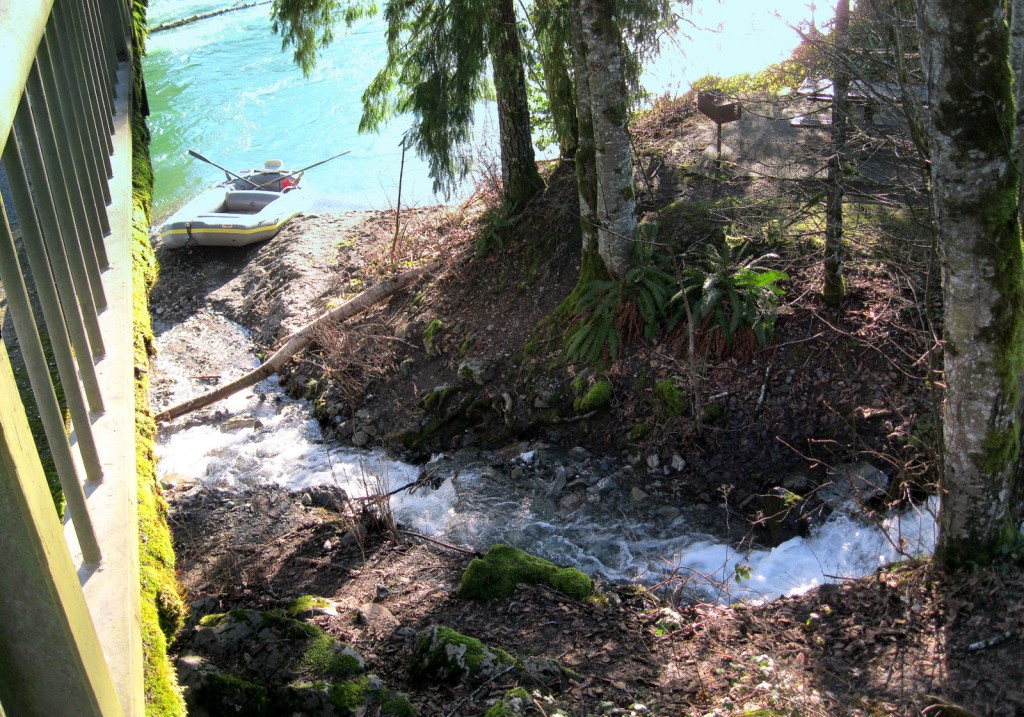 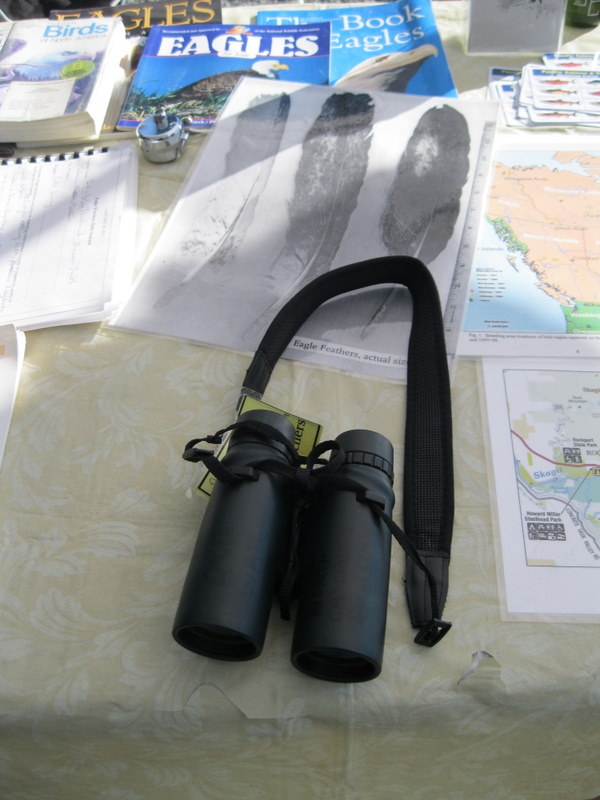 So where to dip the river cloth?  I thought I’d like to take the fabric to where I hadn’t been before- where this river meets the sea. But during an exquisite day of traipsing around the Skagit basin area, my friend Douglas and I realized that the river was harder to access through private land and sloughs. We didn’t have a boat. Just as we were about to give up for the day and driving out, we came upon a spot that was inviting. The river in this area felt calm, quiet and peaceful. The reflective water was already holding white cloud fabric, but easily welcomed our sinuous cloth as another member of the floating dance of river poetry. We played, floating on possibilities and reveries. 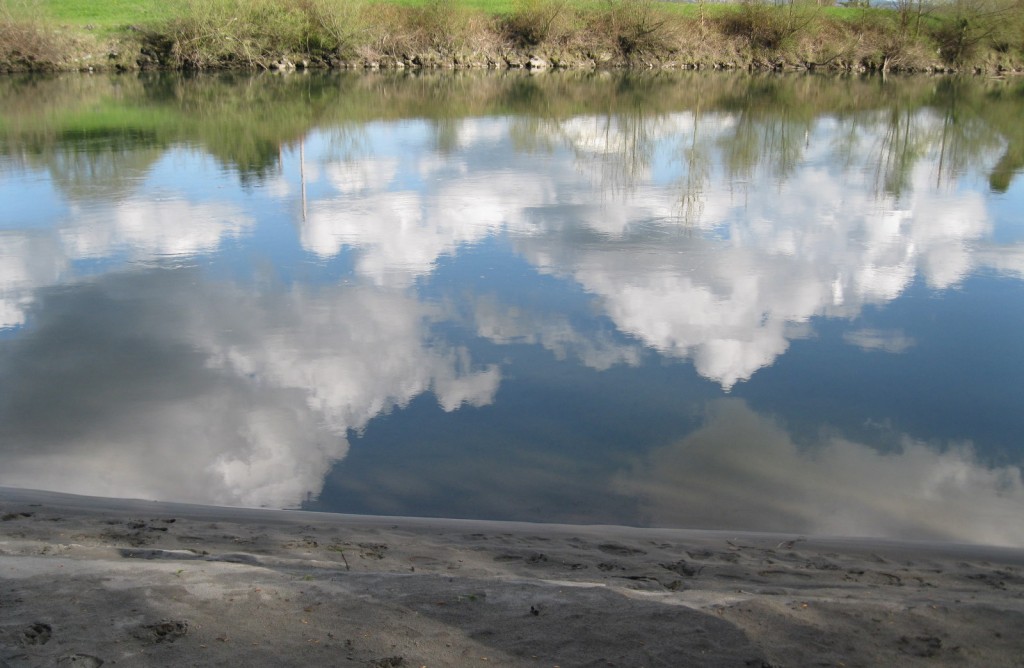 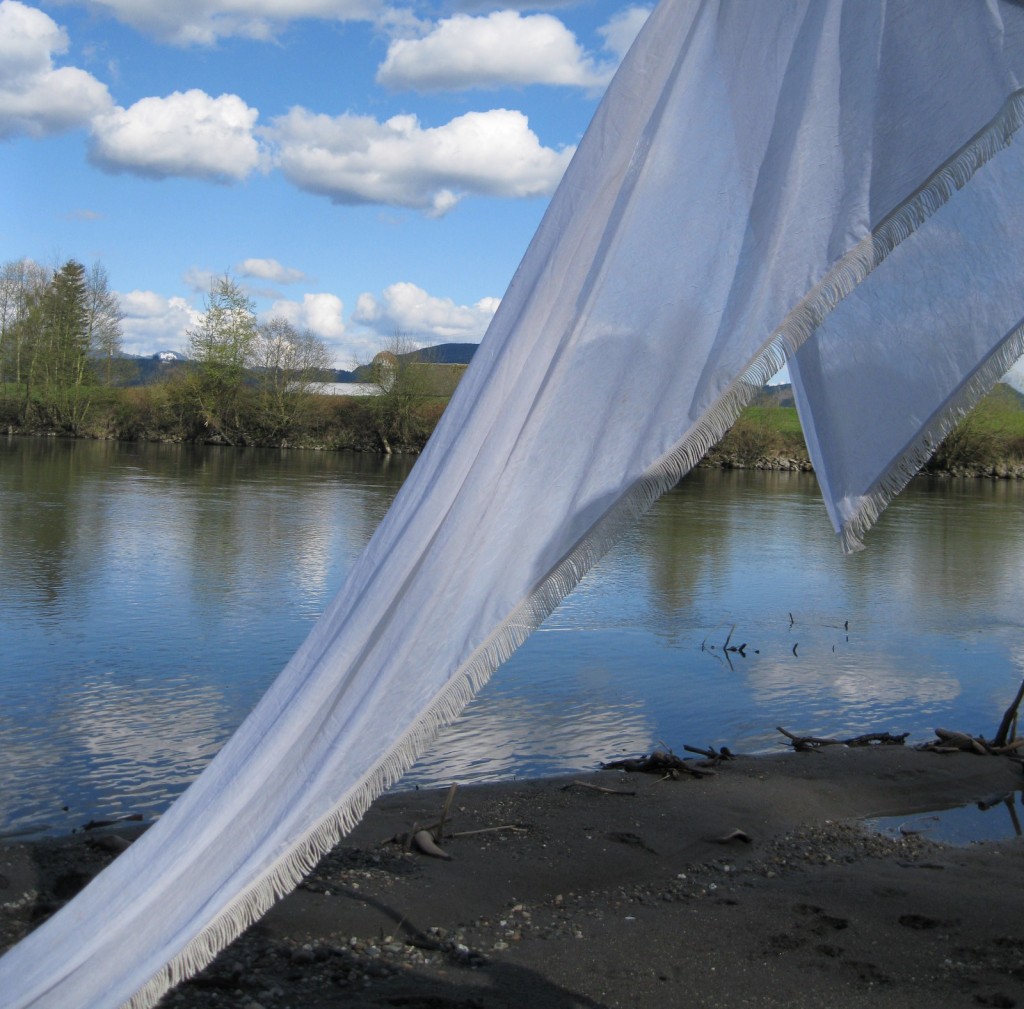 The cloth came back to where I live and I told some of my neighbors about the project. I explained to the neighbor children that the world-rivers project was about taking care with rivers and being creative about it. They were curious and happy to help honor the cloth that held that idea .

I told them to be careful, but it was up to them to decide how they wanted to wear the river regalia; the only rule was to not let the cloth touch the ground. They liked the challenge and had to find a way to work together and move. The children covered themselves with the long fringed fabric, giggled, negotiated, and transformed into a dancing white river dragon. Naturally it was very fun, and fine instruction to grown-ups on how to get something done. 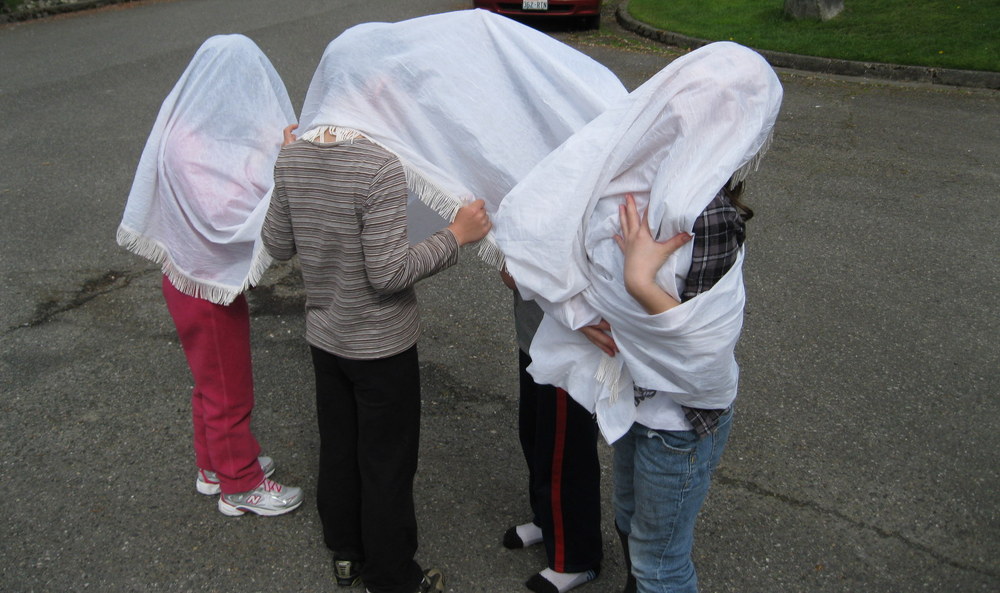 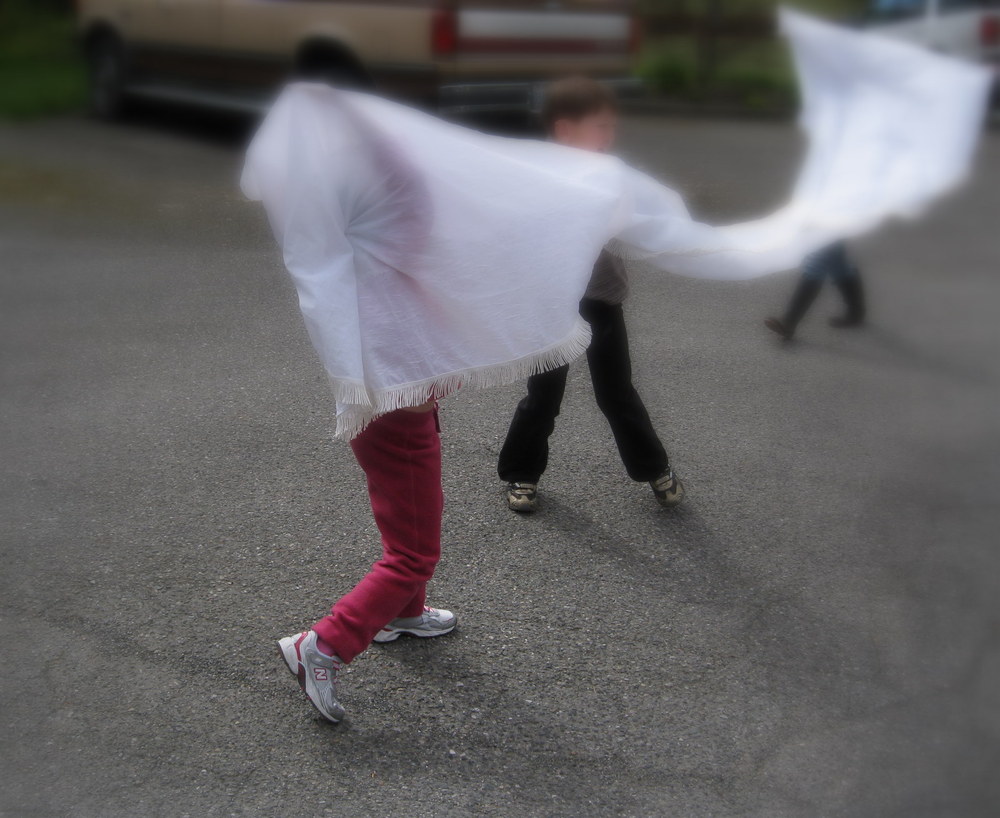 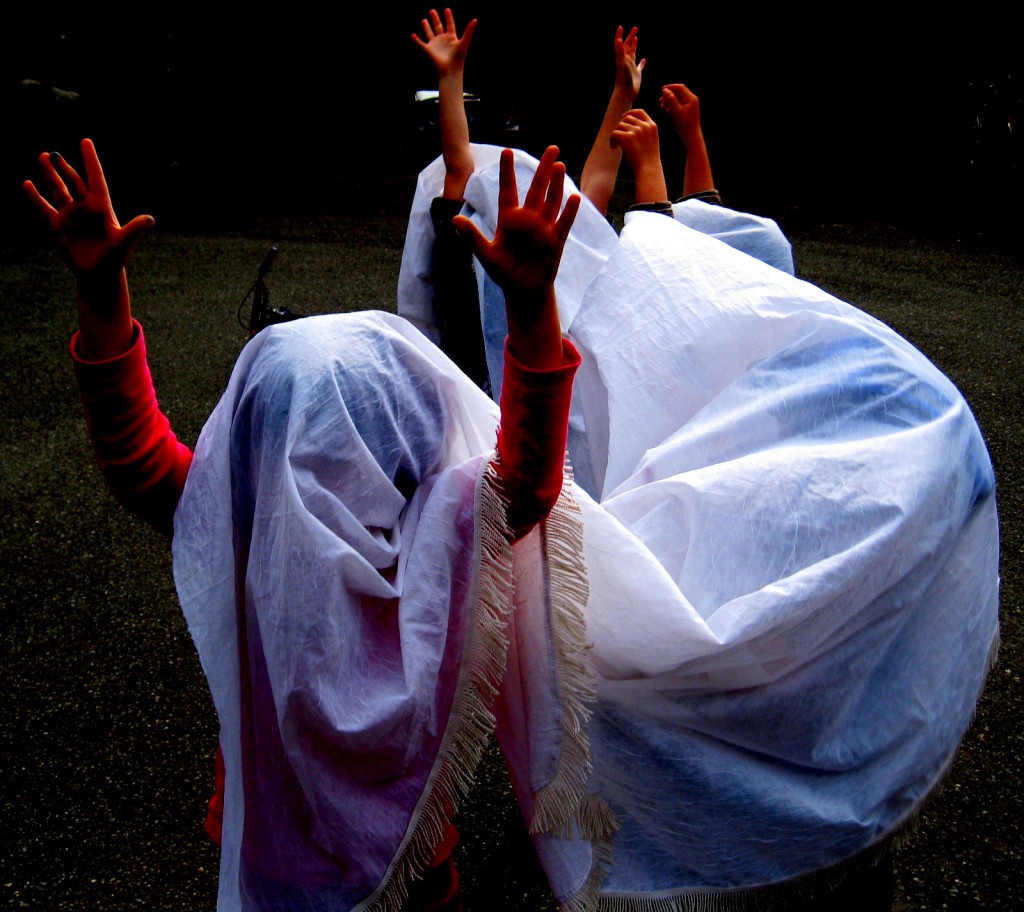 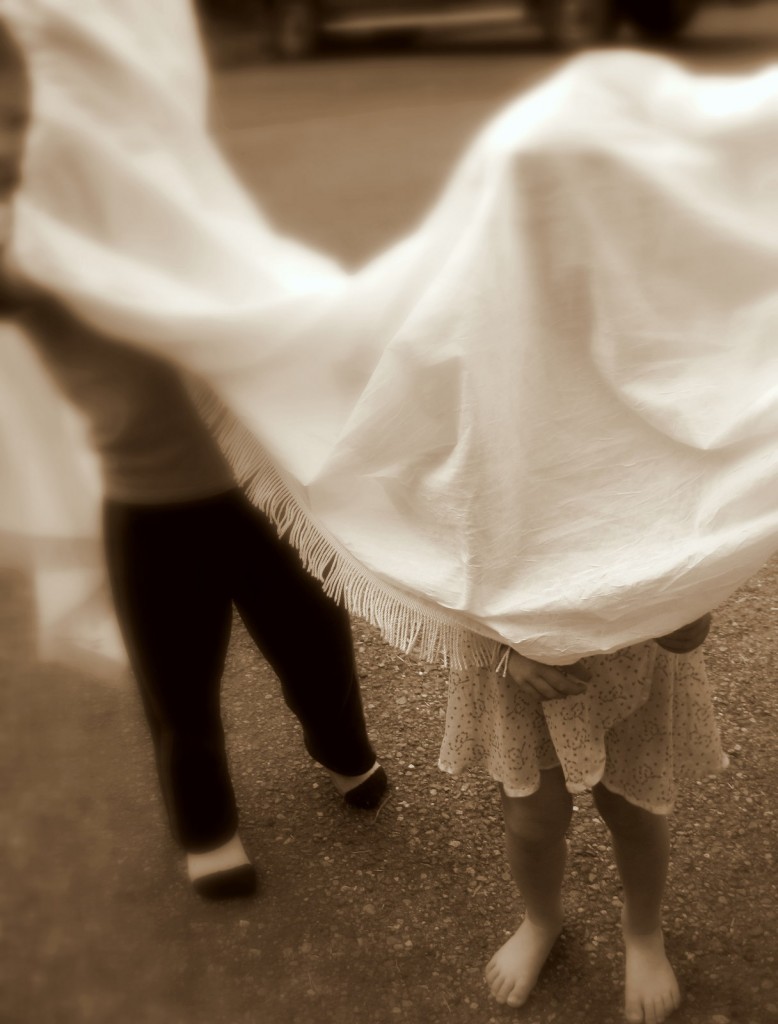 And finally since I didn’t send the cloth off right away, I thought it could use a bit of energetic fluffing before mailing. So what better way than an ocean trip, where it flew in the very windy marine air, feeling now like a flying cloud dragon that touched river, ocean and imagination.

It was a good journey, and one that continues. — Sandi Lee @WakingDreamArt