Artist Paul Fortin soaks the Canadian fabric in the Mackenzie River in northern Canada. The fabric has reached all four corners of Canada -The Ottawa, Lahave, Fraser and Mackenzie Rivers. 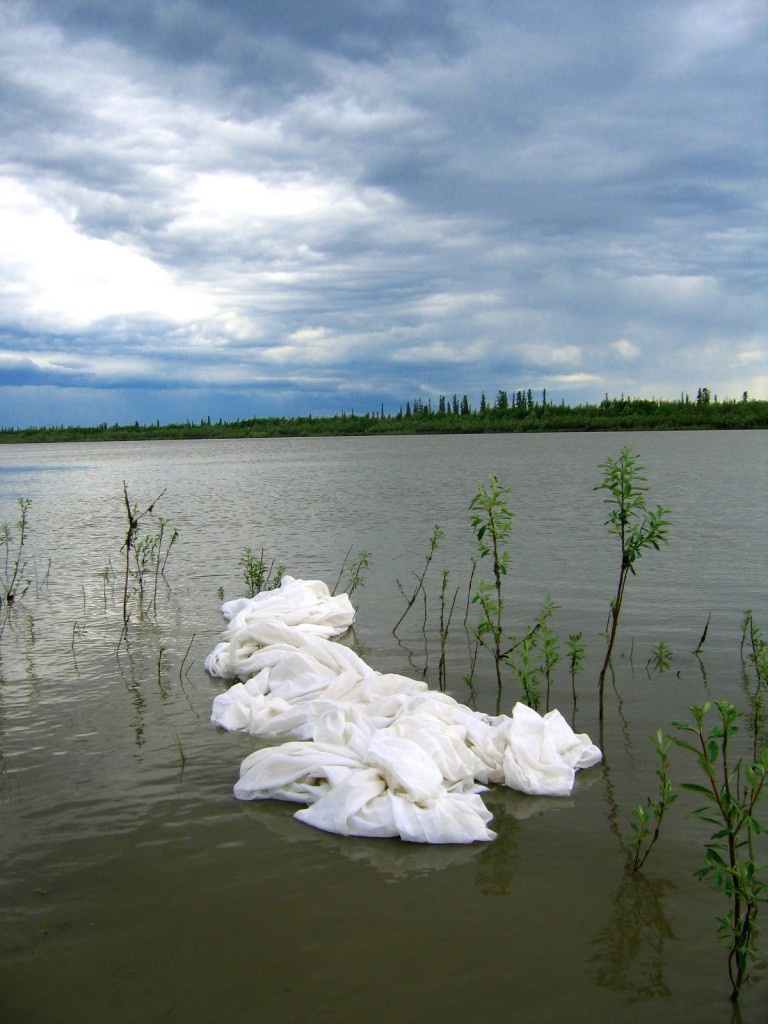 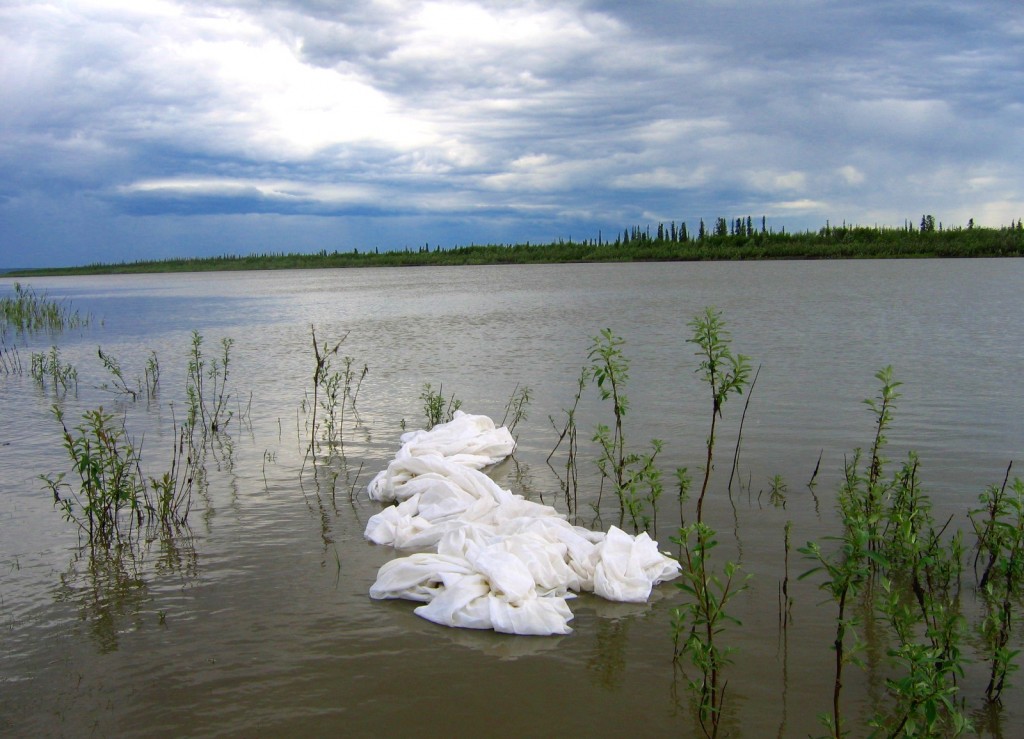 I have recently returned from the Banff residency and am slowly starting to move forward creativly now that I am home. The fabric arrived safely and I have started to work my way through different ideas. The river is currently an ice road to Tuktoyuktuk and the weather has been cold and rather grey. I will keep you posted on events surrounding the river, fabric and creative happenings. The river is the east channel of the Mackenzie River. Inuvik is situated right on the eastern edge of the Mackenzie delta. The river splits into three main channels West, Main and East but it is really all the same river. The delta itself is made up of hundreds of thousands of smaller channels, lakes, ponds, rivers, oxbo lakes and muskeg as the rivers fan out and make their way to the icy Beaufort Sea. It is quite impressive rom the air. It is currently -24F here andthe river is frozen and ploughed into a road that winds its way to the community of Tuktoyuktuk. The wind is blowing quite strong making it feel much colder. The big river is a muddy one and the fabric is not so white anymore. It should be a nice addition to the project. The Mackenzie finally broke a week after I returned so I was finally able to get the fabric in the river.