The Location is the Jordan River on the Jordanian side, where Jesus was bqptized by St. John. The Jordan River is a natural border between Israel in the North and Palestine and Jordan in the South. The river runs from the Sea of Galilee in the north southwards into the Dead Sea.

Photographer Jean-Marc Giboux visited a baptismal platform on the Jordanian side of the river. The site is located across from Qasr el Yahud, a popular destination on the Israeli side of the river. The region is named as place where Jesus was baptized by John the Baptist and is one of the world’s most important sites of Christian pilgrimage. Attracting more than half a million visitors flock to the holy site each year. The Jordan River is rich in history and spiritualism set alongside commercialism and within a region of conflict. Four photos above by Jean-Marc Giboux 1702 Visscher Stoopendaal Map of Israel, Palestine or the Holy Land – Geographicus from Keur’s important Dutch Bible taken from the Nicholas Visscher map of 1650, but it does exhibit some topical modifications and showing the course of the Israelites as they fled out of Egypt (c. 14th century BCE), across the Red Sea, and subsequently spent the next forty years wandering in the Sinai before migrating into the Promised Land by crossing the Jordan river just north of the Dead Sea. Mt. Sinai, Mt. Horeb, Sodom, Gomorra, Jerusalem, and countless other importable Biblical locals are noted. A truly beautiful map and one of the finest maps to appear in an 18th century Bible. The International River Jordan Water Company was started in 1906.
The company gained the right of shipping the water of the Jordan River from the banks of the Jordan to all parts of the world for baptismal purposes. 1926 Chromolithograph depicting
Bedouins shooting birds on the bank of the Jordan River in Palestine. 1854 Mouth of the Jordan River by Nikanor Chernetsov 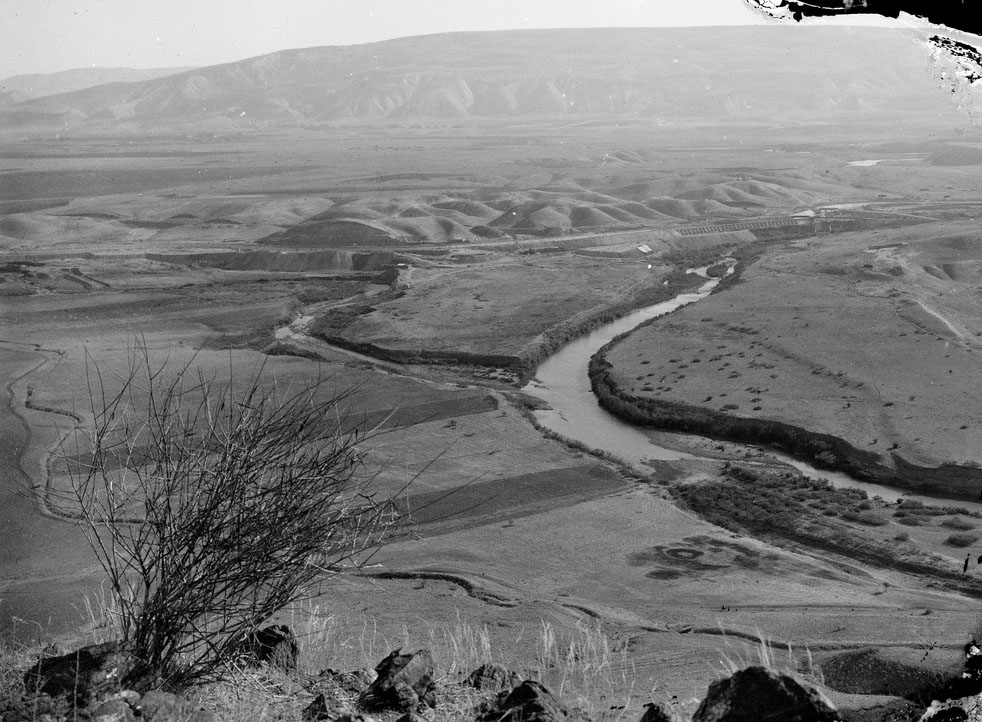 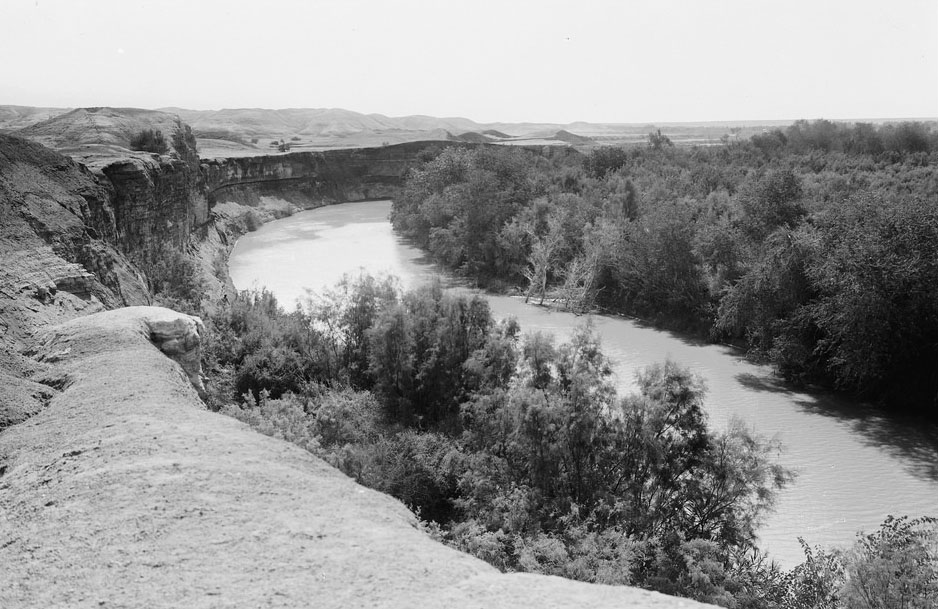