This project was carried out, in Crescent city of New Orleans, by six sisters who were born and raised in New Orleans: Suzanne Talbot Isaacs, Judith Talbot Heumann*, Mary Jane Talbot LeRouge, Constance Talbot Compagno, Kathleen Talbot Lore, Marlen Talbot Erwin.
*The stick was named for Judith Talbot Heumann who was at the time at M.D.Anderson with her husband who was being diagnosed while we were dipping the cloth. 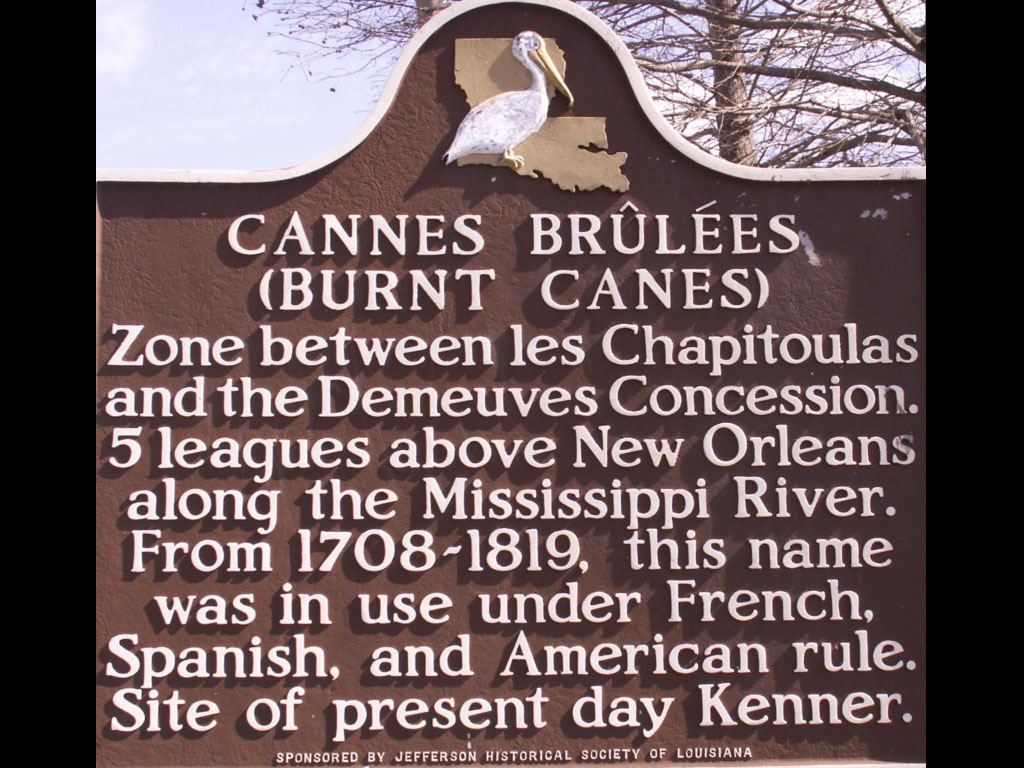 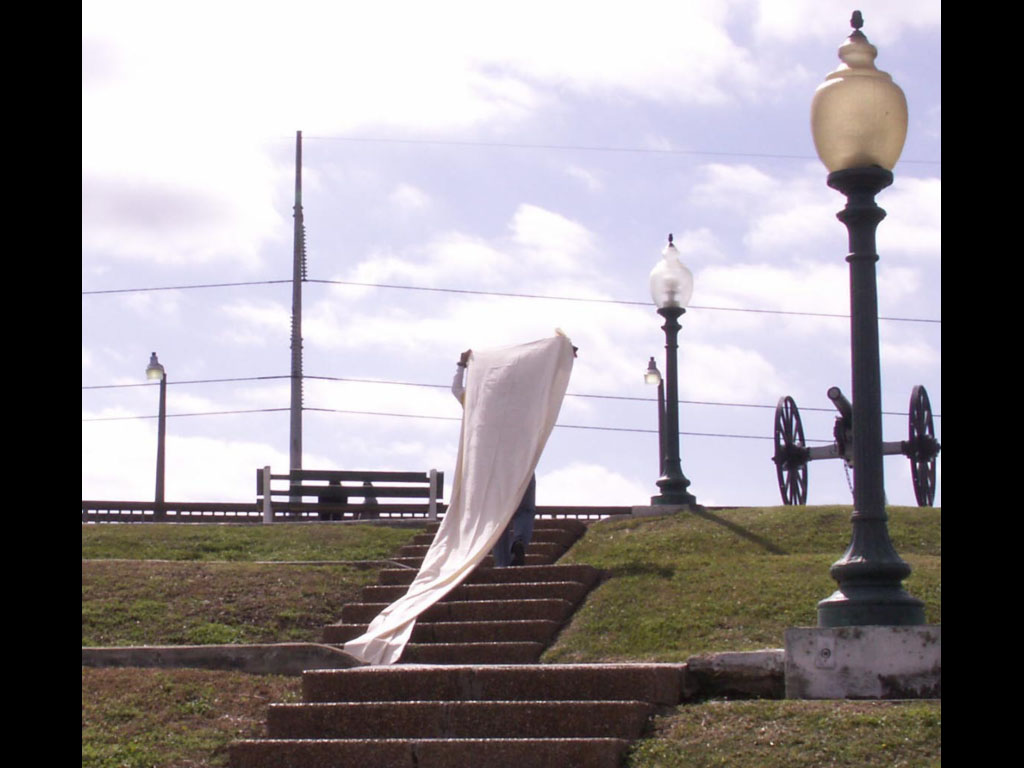 Mississippi River at the Crescent City of New Orleans, Louisiana on February 2, 2008 at 12:34 p.m. this cloth was dipped in the Mississippi River on the east bank, at a site five leagues upriver from New Orleans in Kenner, LA. On February 3, it was dipped again about two leagues downriver from the French Quarter on the west bank in Algiers, across the river from the Chalmette Battlefield where the British were defeated by troops led by Andrew Jackson during the Battle of New Orleans, the last battle of the War of 1812.
The poem below was written by our maternal grandmother at the turn of the 20th century. She was a remarkable woman who did not let her blindness, which resulted from an accident at the age of three, stop her from doing a great many things.

Who Owns the River?

The river belongs to the nation.
The levee, they say, to the state.
The government runs navigation.
The commonwealth, though, pays the freight.

Now here is the problem that’s heavy —
Which is the right or the wrong?
When the water runs over the levee,
To whom does the river belong?

It’s the government’s river in summer
When the stage of the water is low.
But in spring when it gets on a hummer
And starts o’r the levee to flow,

When the river gets suddenly dippy,
The state must dig down in its tlll
And push back the old Mississippi,
Away from the farm and the hill.

Why need there be anything more said
When the river starts levees to climb?
If the government owns the aforesaid
It must own it all of the time.