Rio Jatunyacu (Jatunyacu), or the Upper Rio Napo, extends west from the town of Tena Cliffs in Ecuador, a town of canyons and jungle. This wide, flat river of rolling waves and placid pools is a main tributary of the Amazon originating from glacier water and springs fed by the active Cotopaxi Volcano. Its name in Kichwa means “big water”  in the Quechua language.  Ecuador is divided into three continental regions: the Costa, Sierra, and Oriente. Eastern slopes of the Ecuadorian Andes traverse into the lowland rainforest in the Amazon Basin. Alejandra (Ali), from Ushuaia, Argentina was rafting on the Rio Jatunyacu and dipped the white cloth while traversing through the energetic river.   A kayak race commences every year. 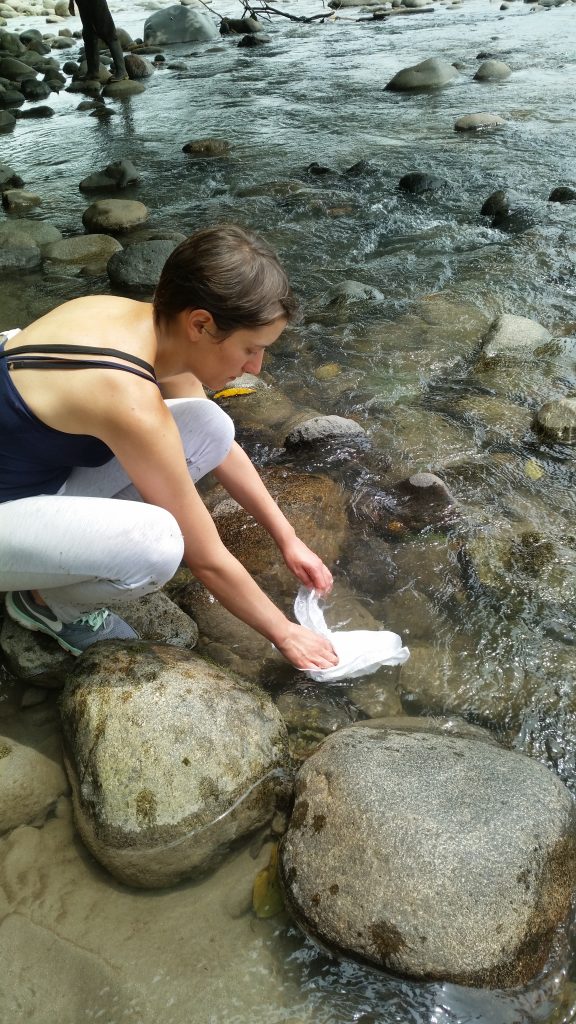 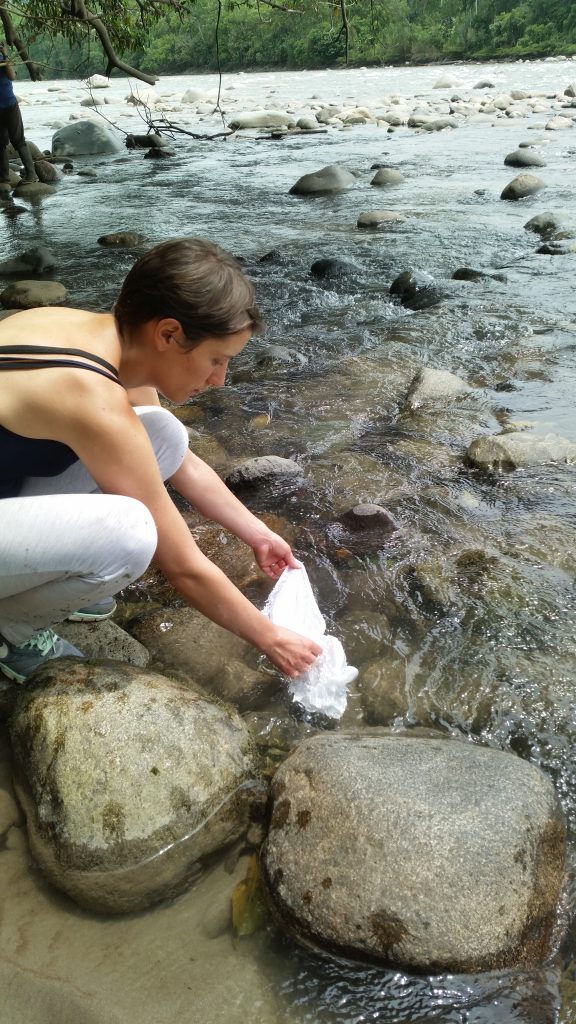 Only 2% of the entire Amazon Basin belongs to Ecuador, about the size of the state of Alabama. Ecuador was part of the Inca Empire until the Spanish conquest in 1533. In 1563 the city of Quito was the seat of Spanish colonial government and in 1717 joined Colombia and Venezuela to become part of the Viceroyalty of New Granada. These countries gained their independence from Spain gradually between 1819 and 1822 formed a federation known as Gran Colombia. Quito withdrew from Gran Colombia in 1830. Its named was changed to the “Republic of the Equator,” Ecuador.